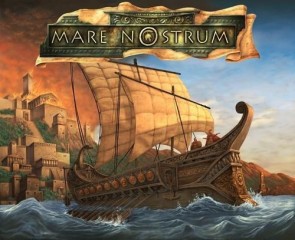 Each player represents a leader of an ancient civilization trying to Build Pyramids, "Wonders of the World" and to draw Heroes to their ranks. These are the ways that truly great civilizations are measured.

Players sail the Mediterranean Sea and explore its surrounding lands to find places to build cities and access to different resources (perfume, oil, gold, slaves, etc .). Players build civilization by exploiting these finds. The commodities are used to build cities, wonders and pyramids, or to establish trade routes to the areas where the commodities are produced. Players may also conquer open provinces or even those that are controlled by their opponents. All of the wealth gained in the game is reinvested in construction and improvement of "Wonders" and the recruitment of "Heroes".

Wiz-War
5.0
C Colorcrayons
"This is my absolute favorite game. The rulebook really lays..."