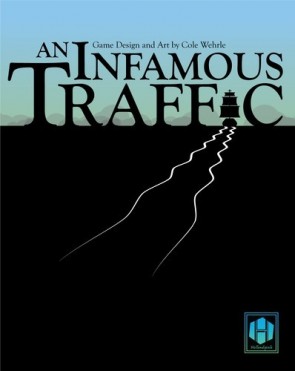 An Infamous Traffic is a brutal economic board game for two to five souls brave enough to conduct the opium trade in the fracturing political landscape of 19th century Qing China. Initially, you will need to rely on smugglers in order to get your products into the interior, but, if Parliament can be swayed, perhaps an open war can make the trade more secure. At the same time, you’ll want to be careful. If British aggression goes unchecked, the region may become a failed state, which could jeopardize your hard fought gains.