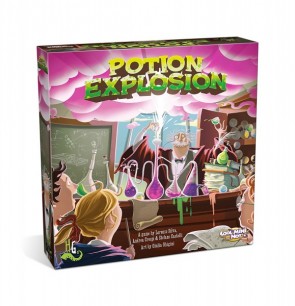 Your time at Horribilorum Sorcery Academy for Witty Witches and Wizards is coming to an end, and that means final exams are here! You and your fellow students must compete to brew the most difficult and valuable potions around in order to be crowned Student of the Year in Potion Explosion.

Age of Mythology
2.0
D daveroswell
"There is too much down time, and the battles are..."