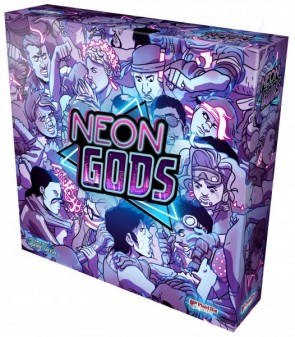 Inspired by the techno-dystopia movies of the 1970s and 1980s, Neon Gods puts players in control of their own “futuristic” street gang in the neon-bathed streets of a nameless city in the year 2009. The gangs operate businesses to earn money, while using muscle to control territory, investing in black market goods for profit, and evading the cops. To achieve their ends, they recruit gangs of retro-futuristic gang members and deploy them into locations where they can work for cash or fight for control, all in an effort to collect the most “Blurp.”