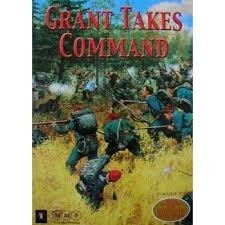 Grant Takes Command simulates all the action of this pivotal campaign. This sev­enth volume in the Great Campaigns of the American Civil War series recreates the marches, assaults, and defensive stratagems of these months using the series' interactive game system.

As a player, you control either the Union or Confederate forces in turns representing one day of real time. The game's map is drawn exclusively from Civil War period maps from state and county archives. Twelve scenarios are provided, ranging in scope from one-day battles and cavalry raids that can be played in an hour to a grand campaign game that links in maps from other games in the series.

The game focuses on Grant's Overland Campaign to Richmond with the Army of the Potomac but also captures the action in the Bermuda Hundred and Shenandoah Valley side theaters. Grant Takes Command is sure to appeal to anyone with an interest in this decisive chapter of the American Civil War.

Citadels
4.0
B bfkiller
"I love games that actively encourage players to put themselves..."