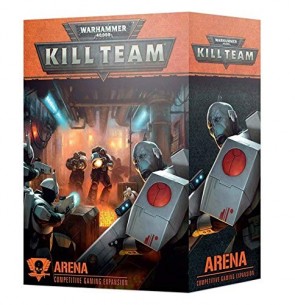 Kill Team: Arena is an expansion for Warhammer 40,000: Kill Team that introduces rules for competitive play, using evenly balanced terrain set-ups and mission objectives to offer each player an even playing field.

Also included are missions and rules for running competitive Kill Team tournaments, either for single players or teams of two allies (known as Battle Brothers)

Millennium Blades
5.0
H hotseatgames
"This game is great. This is game is DEEP. I..."

Tales of the Arabian Nights
5.0
H HiveGod
"Played as a gonzo storytelling RPG romp with 4 or..."