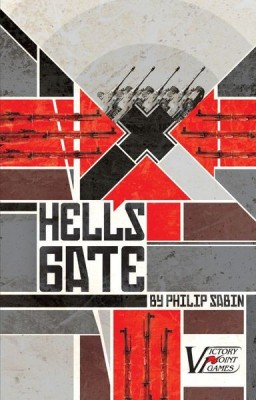 Hell’s Gate is a simulation game of the Battle of the Korsun Pocket in Ukraine, during January and February of 1944. Two players direct the German and Soviet forces as they seek to capture or regain territory and inflict losses on the opposing side while minimizing their own losses. The simulation is also easily playable solitaire for those who wish to study the dynamics involved.

May 03, 2019
Rating
3.0
Fulfills its stated purpose as an simple academic recreation of encirclement operations. Like most limited scope wargames the shelf-life is a little short although it's better than most. Probably best played solo.
MT
Matt Thrower #1 Reviewer 286 reviews
Comments (0) |