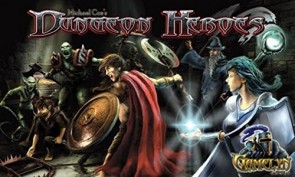 Dungeon Heroes is played in two phases, a passive phase in which the Dungeon Lord builds the dungeon while the Heroes explore and an aggressive phase, in which the monster tiles come to life and begin to actively pursue the Heroes during their exploration.