To Court the King 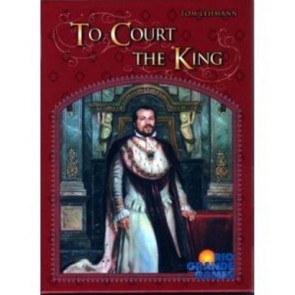 As a royal petitioner attending court, the players must parlay their powers of persuasion to gain the support of court officials and sway the King to their cause.

The players' persuasive powers, in a constantly shifting court, are represented by dice. Each starts with three dice. Each turn, a player rolls the dice, sets aside at least one die, and re-rolls the rest until he has set all his dice aside. With these dice, if they form an appropriate pattern, a player may obtain a character card, giving him another die or a special power. The first player to roll seven of a kind gains the King's support and, possibly, victory! The support of the King (and Queen) is often the difference in the final roll-off, which determines the winner!

Cryptid
1.0
L Legomancer
"Played three games where everyone just guessed and ended the..."