The Hell of Stalingrad 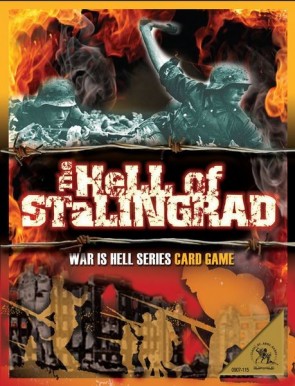 The focus of the game is combat over colorful Building Cards representing actual Stalingrad locations bitterly contested during the battle such as the Grain Elevator, the Traktor Factory and Pavlov’s House.

The German commander will use his disciplined veterans and German Doctrines to batter through the fortified strongholds and reach the Volga River. Assisting him will be Panzer Divisions, Kampfgruppen and elite Pioneer assault teams.

The Soviet commander must hold the city with a battered army of patriotic conscripts. Reinforcements must brave Luftwaffe attacks as they attempt to cross the Volga River and reach Stalingrad. Those who survive will be thrown into the carnage. The Soviets must hold out and prevent the invaders from capturing the entire city at all costs. The tide of the war depends on their resolve!

Warriors of God
5.0
S Sagrilarus
"Excellent intensity level and a tremendous amount of variability is..."