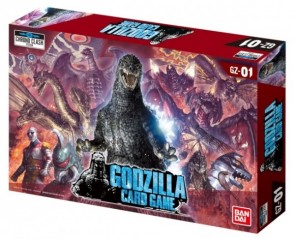 Utilizing the universal Chrono Clash system, the universes and characters used will draw in players of card games, board games and each respective universe's fans alike. This will enable the creation of a player community much larger than any traditional card game! The Chrono Clash System is covering new ground after the Naruto Boruto Card Game, and will feature the world of the earth-shaking giant monster Godzilla!

The Godzilla Card Game will have artwork like never before! The 3D art gives the cards greater realism and helps draw out the devastating Godzilla world.