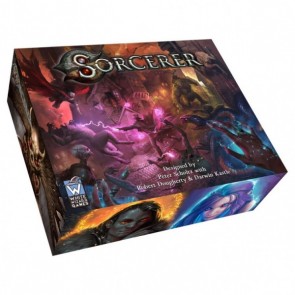 Sorcerer: A Strategy Card Game is set in what the company describes as a grim, gaslamp lit world full of fantastic, mythical creatures and sorcery.

Designed for two to four players, the game pits two ancient beings of great power against one another to determine which of their lineage are strongest. The players use sorcery to conjure minions, cast minions, and wield enchanted items to reach the game's goal of conquering three battlefields.