Europe in Turmoil: Prelude to The Great War 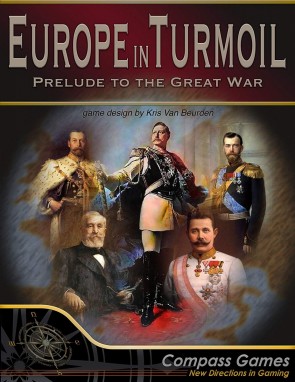 2-player, card-driven game of the political intrigue in Europe prior to the outbreak of World War I.

The "liberal" nations of Great Britain & France compete against the "authoritarian" nations of Germany, Russia & Austro-Hungary. The balance of power that was maintained after the fall of Napoleon is upset by an arms race to build dreadnoughts, and a quest for colonies around the world. Themes represented by event cards are the revolutionary spirit of the time, the system of alliances, and the crises that precipitated the Great War. Events & alliances increase tensions, eventually causing the war to begin, and a player's alliances will determine the war's outcome.

Risk
3.0
J joseaguerof
"This is a classic game that's best left to memory,..."