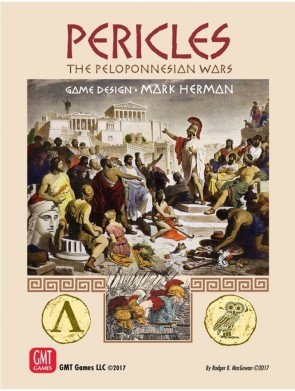 Pericles is a four player 'sandbox' design that covers the period from 460 BC to 400 BC.

Puerto Rico
4.0
B bfkiller
"Puerto Rico is a perfect engine. Though it's an..."