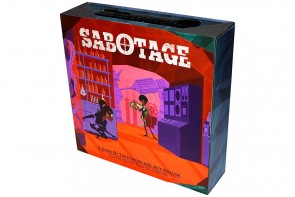 Set in the Burgle Bros universe - Some of your favorite safecrackers have been called in to save the world.

Sabotage is a game of team stealth tactics. Two teams compete - the Villains, trying to take over the world, versus the Spies, trying to stop them.