Emerging from the Wreckage: Hurry Up and Wait

This week it will be four month since the fire and we still don't have a written itemization of what is getting torn out and rebuilt on the interior of our house. Four fucking months! If you have ever had your car wreaked you know how this works. You can't take the car into a shop to get it repaired until an adjuster takes a look at it. Imagine it took four months for the adjuster to get out and look at your car.

I've called our adjuster every week since Thanksgiving, and every week he has said he was going to the house, and every week he has had some excuse why he wasn't able to get there. Last Wednesday I told him I wanted to go in the house with him, and he needed to call me by 3:30 pm every work day to either tell me what day and time we were going to meet, or to tell me that he still couldn't make it that week. He called me that day at 3:20pm to tell me were meeting on Thursday. The Man says that the prospect of calling me everyday to tell me that he still wasn't doing his fucking job was the push he needed.

Now we are waiting for his write up with the break down. He says I'll have it by Wed. We have a contractor on board to start the demolition as soon as he get's the paperwork from the adjuster and can draw up the contract, and then we have to sign the contract and get it back to him. He says they will probably be able to start next week, but I'm not holding my breath.

We now know that the entire second floor needs to be gutted. All the ceilings on the first floor are getting torn out and replaced. The entire house needs to be rewired. So my hope that we would be able to move back into the house by the end of the summer seems very unlikely.

The icing on the cake is that the inventory of personal property for 4 rooms in our house is missing.

The good news is that we do have a roof on the house. 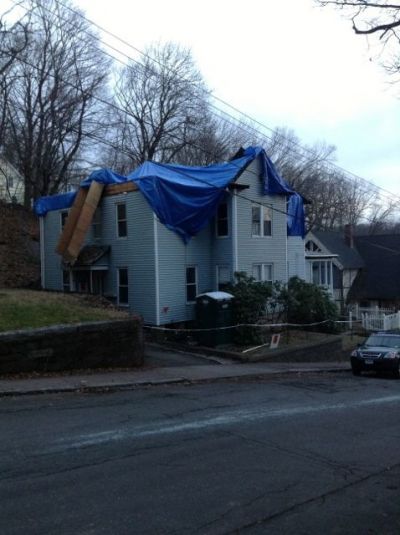 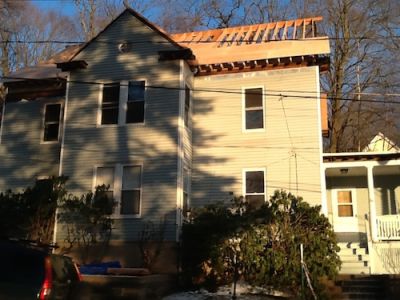 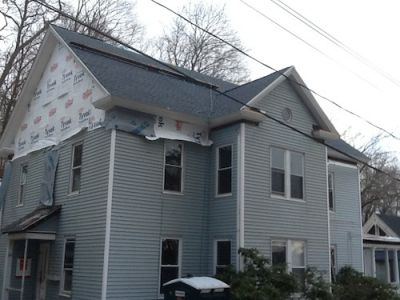