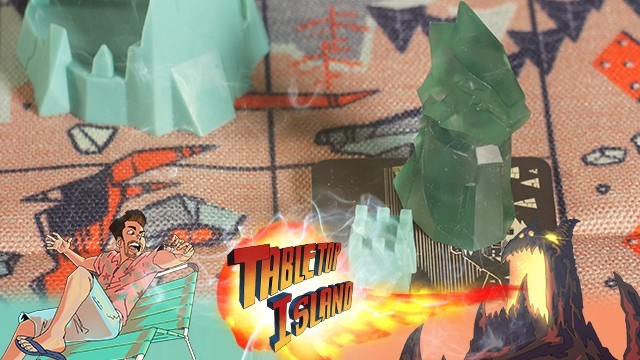 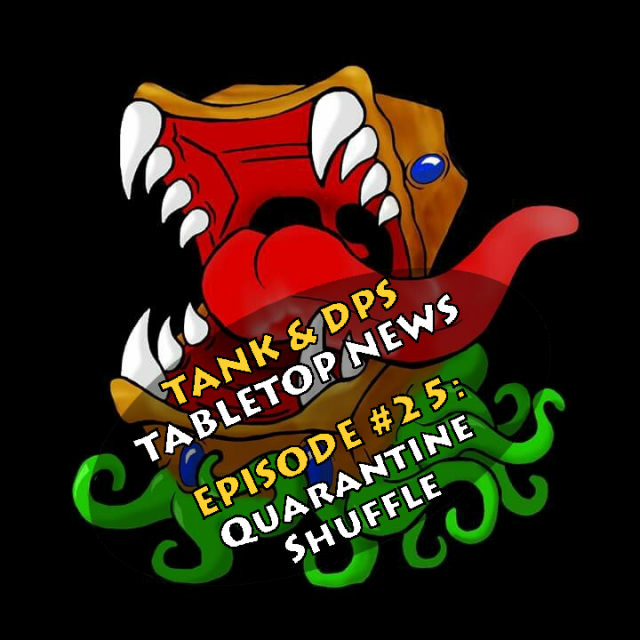 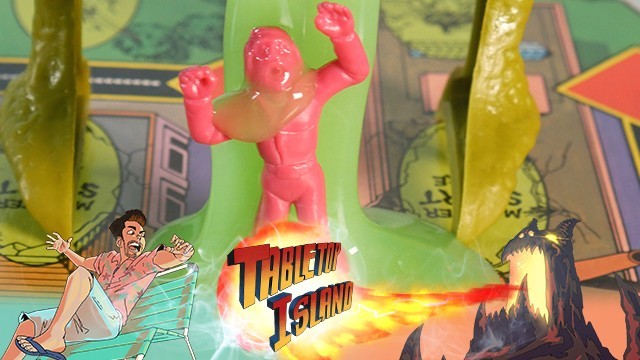 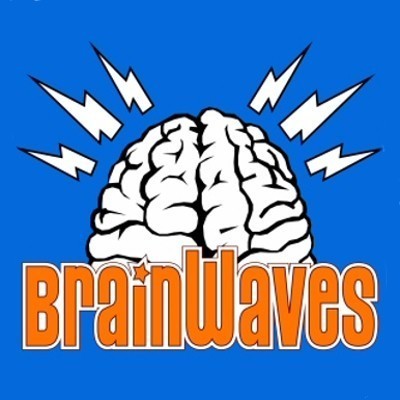 The Captain pointed to the night sky.

"Just to the left of the very bright star," he said as he gently put his arm around her shoulders to guide her vision to the proper point.

"And this is where they come from?" asked the green haired beauty. "The board games?"  She struggled to pronounce the unfamiliar words correctly.

"Yes, that's right." He agreed as he looked deep, deep into her emerald eyes.

"Please," her voice trembled a little, "play board games with me again."

On a distant planet, it was F:AT Thursday.

Engineer Al and Uba were absent this week. The Spawn was attending her first big rock show (Fallout Boy) and they went along to chaperone. It made me think back to the first concert I attended. (unchaperoned) It was U2's Unforgettable Fire tour. You can say what you like about U2 and Bono now but at that time they were at the height of their power and had yet to tumble into self importance and self indulgence. They ended the show with "40" and for twenty minutes after they left the stage the entire audience remained in the arena and sang the refrain "How long....to sing this song....." I'll never forget it and it remains one of the top three concerts I ever attended.

So then it was just Josh and I as the representatives of True Belief. We met at The Closet, that is my new abode. A small apartment we recently moved to. The second bedroom has been converted to my game room so my wife can watch TV without being disturbed by our silly nerd talk and laughter at stupid jokes.

Star Trek: Attack Wing was the order of the day.

This is the new incarnation of the Star Wars X-Wing minis game and thus by extension Wings of War. Of course it's been re-themed, as you, you smart cookie, may have deduced from the name, to the Star Trek universe with large star ships crewed by hundreds taking the place of the one or two man ships of the Star Wars version.

To be honest this had me on my guard. The whole foundation of this family of games is dog fighting. Small, quick, highly maneuverable craft in a battle to the death. How would that translate when you go from a PT Boat to a Battleship? I was skeptical.

As it turns out, I need not have been because I think they have done a superb job in making the transition. The first thing they did was alter the type of maneuvers a ship can do to reflect their increased size and inertia. If you are a devoted fan of the Immelmann Turn you might suffer some disappointment because a Constellation Class vessel just doesn't move like that. But all is not lost, because unlike airplanes or tie-fighters, the Federation has developed a technology only available to highly advanced civilizations. They call it "reverse".  So you can jam the gears and make your ship fly backwards although it's facing will remain the same. I also believe the movement templates have been altered so that turns are more gradual but not having the two games side by side I couldn't say for sure.

The second change is the depth to which you can customize your ships. They are bigger so they have more room for unique stuff. From weapon load outs, to crew members with special abilities, to unique talents of the captains, there is a wide array of things you can equip on your ships.

The third thing is the focus upon scenarios. It seems not to be geared to just grabbing a bunch of ships, deciding on a point value, and having a battle to the last man standing, though you could do that if you wanted. Rather, there are a number of well thought out scenarios that make the game a bit more of a challenge.

I suppose if your the kind that needs to bitch about something you can focus on the fact that the models are not as super ultra fantastic as the X-wing stuff. They are still really good but X-wing did set the bar pretty damn high. The Enterprise included with the game is way tiny and that is a legitimate beef but Josh is crafty and got a micro machine, glued the locking end of a zip tie to the bottom which fit perfectly onto the stand and rectified the problem.

Last night Josh took the side of the Romulans. They were taking out their new and improved cloaking device for a test run. He needed to bring his weak science ship to three out of four  points on the table and engage the device successfully and then get back off his side of the board. Each time he engaged the device it could work giving him a bit of a boost by repairing his shields or allowing him to remain cloaked permanently even when firing or it could fail and do some small damage to his ship. The results being determined by a die roll.

To aid and protect the science vessel he also had one of the heaviest ships available to the Vulcan Wanna-bes. Loaded out with photon torpedoes, a ton of hull plating, and a crew thirsting to beam over to my ships and assassinate my crew.

I, as the Federation had the task of destroying his science ship before it completed it's task. Sounds easy but the Romulans haven't bankrupted their empire developing this technology for nothing. It's hard to hit a ship that's cloaked.

Captain Tyrell, who I put in charge of the Reliant, tried to obey but "it was difficult". So difficult in fact that he got himself and his crew disrupted into atoms. Meanwhile, Kirk on the Enterprise was chasing after the science ship but, despite getting in some good shots, was unable to penetrate the cloak and destroy the bastards.

I suggest you all get the Rosetta Stone program for learning Romulan because it's only a matter of time before they rule the galaxy now.

With the universe doomed we took out Pathfinder Adventure Card Game and played through the "Local Heroes" scenario that had defeated me in my solo attempts twice. Using just the Cleric and the Wizard we were victorious. It was a bit close in that I had but one card left in my deck at the end but time was a non-issue as we had six turns left on the clock.

Have you seen the retro posters  for the episodes of the original Star Trek? Wow are they cool. They are done in the style of movie posters or ads from the mid 60's. You can buy sets of them from thinkgeek.com and other places. I ordered set #2 to adorn my game room.

Our talk of the deep philosophical questions of the day naturally turned to movies that were all but destroyed by their sequels.

What got me thinking about this was having recently seen Rockylate at night during a bout of insomnia. What a great great movie this is. An all-time classic. The characters are so good. The story so compelling. The resolution so apt (spoiler: he doesn't win the fight but is victorious nonetheless). And then the sequels came. Oh sure at first there are some cool scenes in Rocky II and Rocky III (Mr. Ts prediction for the fight?...Pain!) but they are no where in the same league as the original. And then they slide into just being a caricature of the former greatness. Rocky's inspiring speech at the end of Rocky IV? Pathetic.

The shame of it is, the grotesque form they take on near the end becomes the defining one. Many younger people only know Rocky as the cliche and joke of the later movies and not the stubborn, loveable, underdog of the first.

Josh opined that Jaws also fits into this category. The original Jaws is fantastic and thrilling with great actors and writing. That of course is all flushed away in the sequels. Jaws III in 3D anyone? What a travesty.