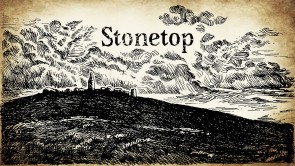 A tabletop fantasy adventure RPG centered on a village community.

Stonetop is a “hearth fantasy” tabletop RPG set in an Iron Age that never was. The players portray the heroes of an isolated village near the edge of the known world. Their adventures focus on dealing with threats to the village and seizing opportunities. These aren’t rootless mercenaries seeking fortune and glory; they’re exceptional people, taking risks on behalf of their friends, family, and neighbors.

Like most tabletop RPGs, Stonetop plays out as a conversation between the game master (GM) and the players, with dice being rolled at key moments to determine which direction the story goes. The game can be played in short runs of 2-4 sessions (each about 3-4 hours long), but is best experienced over a dozen or more sessions.

Stonetop is “Powered by the Apocalypse,” using a system and framework similar to games like Apocalypse World, Monster of the Week, or Masks: a New Generation. It started as a setting guide for Dungeon World, but over 5 years of development and playtesting, it’s become a standalone game. Knowledge of Dungeon World may ease your entry into the game, but it's not a prerequisite for play.

Features of the system include:

“I had a chance to play this with a small group, including one person who usually didn't enjoy RPGs. We only played one session, and he still talks to me about how special it was to him. I would play it again in a heartbeat.” —William Hollar, Vox Arcana Podcast