Locke & Key: Shadow of Doubt Board Game Announced by IDW 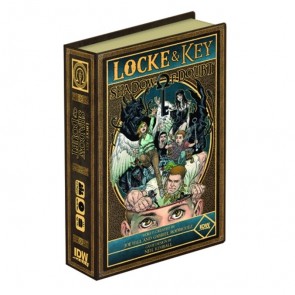 Based on IDW’s best-selling graphic novels created by Joe Hill and Gabe Rodriguez, as well as the hit Netflix series, Locke & Key: Shadow of Doubt invites 3-6 players to unlock the mysteries of Keyhouse.

In Locke & Key: Shadow of Doubt, players will go on adventures, using the magical keys to unlock new locations and activate special abilities, all while trying to determine who among them may actually be a demon. Playing in 45 minutes and perfectly pairing the suspense of the comic series with hidden traitor gameplay, Locke & Key: Shadow of Doubt is an excellent light-weight game for fans of the comic, experienced gamers, and everyone who’s excited about the Netflix series.

- A lightweight hidden traitor game, exciting for casual and experienced gamers alike
- Easy to learn and quick to play, a great filler for game night, or in-between binging episodes
- Filled with stunning art by Gabe Rodriguez, from the best-selling comic