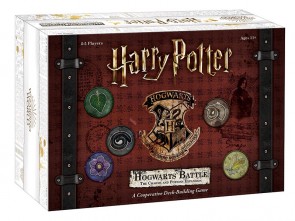 Continue to rally against Villains and enhance your abilities with this new expansion, which features the addition of a fifth player game board and new playable character, Ginny Weasley™. Plus, new foes such as Pansy Parkinson and Marcus Flint, and more spells, items and allies will assist you! With four new packs of content, our Heroes will have to work together to defeat He-Who-Must-Not-Be-Named!