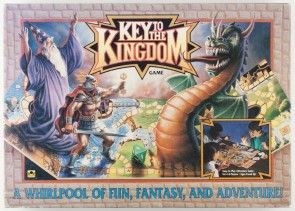 A whirlpool of fun fantasy and adventure.

Restoration games has announced that they are designing  a new edition of Key to Kingdom which will be released to retail in Q3 2021. This fantasy adventure game was originally designed by Paul Bennett and published in 1993 by Waddingtons.

Waddingtons described Key to the Kingdom as:

Your task - enter the Kingdom, discover the Key and one piece of Treasure and make your way safely out of the Kingdom. Sounds simple? On your journey you will encounter many hazards - do you risk waking “The Sleeping Giant” or do you try and cross the “Snake Pit.” Look out for the Demon Kind as he can imprison you in one of his six dungeons.

Within minutes you could enter the “Magic Whirlpool” and be transported into another world full of sea monsters, living forests and magic mists.

To gain the Treasure, you may have to use your food and other equipment cards to fight the “Skull-eating Cyclops” at the entrance to the “Temple of Martyrs”. But beware - fail and you go straight to the dungeon.

Your escape route will be fraught with danger - and don’t forget the other adventurers as they will be trying to steal the Key from you to make their own getaway.

A unique feature of Key to the Kingdom is its giant fold out board with six locations and two “whirlpool” holes that allow players to move from one location to the next by unfolding the board. 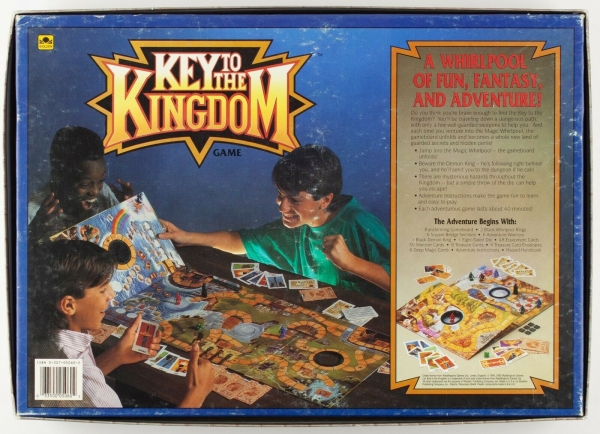 Rob Daviau called it "our Princess Bride," and committed to having diverse player characters with a variety of body types and colors, and equal number of male and female charactes saying, "We take that very seriously."

Restoration Games has also confirmed that they have aquired the "HeroQuest" trademark, however, they are not currently working on a new edition of Heroquest. Rob Daviau said, "I would love to make it." However, at this time Restoration Gaes doesn not have the rights to do so.