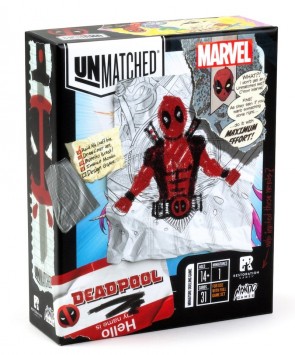 “When a mutant mercenary approaches his third decade, he begins thinking about where he’s been, who he’s stabbed, and what he’s got left to do,” says Deadpool. “And I realized that I couldn’t live another day without more likenesses in my own image.”

Last year, Mondo and Restoration Games announced an entire Marvel line for Unmatched, the head-to-head miniatures skirmish game system for two to four players. When Deadpool learned of the plans, he decided to be the first hero out of the gate.

“Gosh, I’m quite proud of the collaboration that led to this set. All it took was me borrowing Baldie’s Blackbird, scooting down to Austin, and swimming around in a tub of queso for inspiration,” says Deadpool. “Then I gently persuaded those nerds at Mondo and Restoration to release this bad boy – created by Deadpools for Deadpools.” 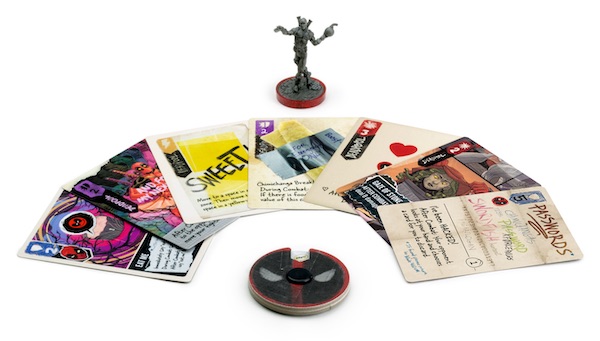 Unmatched: Deadpool contains a sculpted hero miniature, health dial, and 31 cards. Deadpool is a single-hero expansion that can be used with any full set in the Unmatched system.

There will be four upcoming sets featuring Marvel heroes.

“Gamers want a hero. A real winner. A mercenary with the brains, the brawn, and the booty to back it all up,” says Deadpool. “That’s where I come in.”

Unmatched: Deadpool is avalible for pre-order now at MondoShop.com.