Upgrade Your Hyperdrive: The STAR WARS (TM) Dice App Has Been Updated 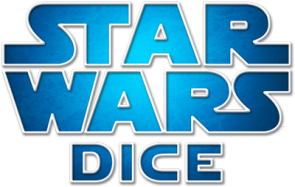 With this latest update, the Star Wars Dice app has been expanded to cover even more of Fantasy Flight Games’ Star Wars RPGs and miniatures games. Now, you can easily roll digital dice for Imperial Assault and Star Wars: Armada, as well as X-Wing™ and all iterations of the Star Wars Roleplaying Game: Edge of the Empire, Age of Rebellion, and Force and Destiny.

Imperial Assault presents six unique dice types for every combat. Attack dice determine how accurate your blaster fire is, how much damage you deal, and how many surges you can use to trigger unique abilities. Defense dice, on the other hand, allow figures to block damage, evade surges, or dodge entire attacks. With newly updated Star Wars Dice app, you can even preset commonly rolled dice combinations, putting every attack or defense at your fingertips.

You command fleets of capital ships and fighter squadrons in Star Wars: Armada, and with the Star Wars Dice app, even the largest turbolasers can be easily calibrated, aimed, and fired. Whether you’re firing at long-range or unleashing a devastating barrage at close quarters, you can quickly roll as many Armada attack dice as you need.

With top-notch equipment, you can take on the whole Empire yourself. If you haven’t already, pick up your copy of the Star Wars Dice app from the App Store or the Google Play Store, and enter the Star Wars galaxy!

The Star Wars Dice app is the ultimate accessory for both the X-Wing (TM) Miniatures Game and the Star Wars Roleplaying Game. This comprehensive application allows you to quickly and conveniently select and roll custom dice for FFG’s Star Wars games, and even includes an assortment of standard dice for all your gaming needs!