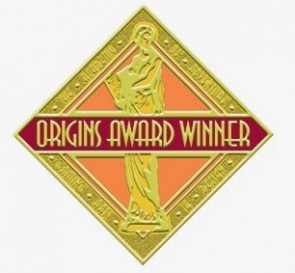 This Saturday, June 16th, the Academy of Adventure Gaming Arts and Design will be announcing the winners of the Origins Awards. Which games are you rooting for?

I was hoping to see Gaslands garner a nod on this side of the pond as well, honestly.

In the main board game category there is so much distance between Gloomhaven and the others it’s not funny.

Jackwraith replied the topic: #275400 14 Jun 2018 14:00
The only I've played is Raiders of the North Sea, which I enjoyed. I'm intrigued by Renegade scoring three of the card game slots. Is that their main design focus or did they just have a good year in that category? The only one of the three I'd heard of was Ex Libris until Wade's review of Fox in the Forest. Honshu looks interesting for a short Euro-style thing.