Shiver Me Timbers - Sandbox Pirates Back From The Dead 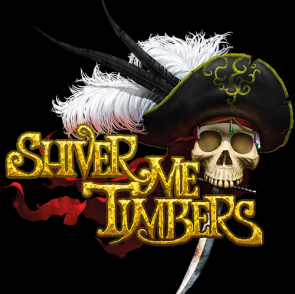 Shiver Me Timbers returns to Kickstarter.

After Shiver Me Timbers was first launched on Kickstarter in May of 2019, creator Michal Vitkovsky decided to cancel the project before it ended. In his cancellation message, he related that though the game would be likely to squeak by in meeting funding goals, it would do so at a level so low that the result would be “producing the game with no wiggle room, little budget and without including any extras”. He went on to write that he fully intended to recalibrate and return with a much stronger showing in a follow-up launch with the project.

That relaunch came to pass in mid-January of this year, and this time the project funded within two days. As of this writing, the campaign has nearly doubled its goal with a full 10 days to go before closing.

Shiver Me Timbers is described as “a strategic pirate sandbox game with modular miniatures”, for 2 to 4 players. Outside of the support and retail pledge, there are two main pledge levels available; First Mate, which grants access to the game and all unlocked stretch goals, and Captain, which includes 75 metal coins along with upgraded storage for them in the form of cardboard ship chests.

The project claims that the game will offer many paths to victory, which is a must for the sandbox genre. The ship miniatures are described as having 24 different modular aspects for customization, another promising feature in a sandbox game. In addition to battling other pirates for supremacy, players may encounter the legendary sea serpent or Kraken. Movement is determined by factors such as wind and current ship speed.

The playing area is modular as well, consisting of long and short segments of sea space with points of interest in between. These are arranged by players in turn order for each session, which means that there are a multitude of ways that the play area can unfold from game-to-game.

The rulebook is available in English and German on the project’s Kickstarter page. Several actions that can be taken during player turns are detailed, including; travel, ship upgrade, trade, hiring crew & learning rituals, accepting missions, attacks on ships and raiding fortresses, treasure hunts, and combating monsters. If all that doesn’t sound pirate-y enough, the first player is determined by whoever has the worst teeth.

There are secret goals, life goals, and a search for long-lost family members, so there appears to be an element of asymmetry in the motives of players as the game proceeds. The game end is triggered when the second-to-last goal is achieved, at which time players will tally victory points to determine the winner.

Sandbox games seem to often be passion projects, and this one appears to follow that form. Mr. Vitkovsky’s creator biography notes that he has been working on Shiver Me Timbers for five years. It is heartening to see that the game’s production is likely to come to fruition after the previously detailed challenges that he has faced with getting it out to the community. It is also encouraging to see that he has maintained open lines of communication with backers and interested parties, as demonstrated by his presence in the updates and comments section of the project page. Artist credits for Shiver Me Timbers on BoardGameGeek list Andy Monks, who was also part of the art team on the expansion Xia: Embers of a Forsaken Star, and Unique Litani Soparie, who is credited for work on the expansion Nations: Dynasties, as well as the Doomtown Reloaded series.

Could Shiver Me Timbers be the next entry in the sandbox game genre that excites the community as much as some of its prestigious predecessors? Only time will tell.

ubarose replied the topic: #306689 28 Jan 2020 09:40
Today we are welcoming Chris Hutton to our team. He's going to be trying his hand at reporting board game news for us with individual articles like this one, and maybe a weekly or bi-weekly digest.

Please give him a warm welcome.