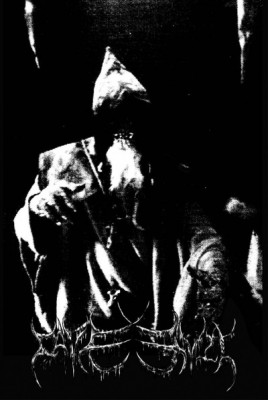 Publisher
Emperors of Eternal Evil
There Will Be Games

The time has come. The Summoning of Evil has begun. 420 games must be pre-ordered to commence printing!

PRE-ORDERS OF CAVE EVIL WILL BE AVAILABLE AT THE $75 DISCOUNTED PRICE UNTIL AUGUST 9TH 2013. THE EXPECTED COST OF CAVE EVIL AFTER THE SUMMONING WILL BE $90.00.

What is Cave Evil?

Cave Evil is a necrodemonic dungeon brawl board game (first printed in 2011) that takes place in a vast deeply subterranean cave-crypt necropolis. Players take on the role of Necromancers locked in a desperate battle to harness the power of The Pit, a chasm that connects to the realm of Shadow. The Necromancers must raise squadrons of creatures, demons and monstrosities to battle and do their bidding (players control 6 squads at the same time) through a maze of tunnels that can be strategically constructed or collapsed and are constantly evolving during game play in a process of brutal player elimination. Minions must mine and excavate or destroy opponents to gather up resources to raise their Necromancer's army. Resources come in three varieties and correspond to various types of creatures (130+ unique creatures are included in the game).
The goal

We are set to reprint Cave Evil at 1,000 games if we reach a goal of 420 preorders, or reach a particular level of funding through selling new merchandise. If this level is not reached we thank our supporters but will not continue to pursue a reprint. All preorders will be refunded. If and when budget demands are met we will immediately begin printing a 2nd AND FINAL edition and expect to see the game by Samhain 2013.

The reprinting will also give us reason to produce the Expansions that have already been in the works for some time; these will be compatible with BOTH printings of the game.
What will be new about the 2nd printing?

The game itself will not change! But some components will be upgraded.
Upgrades will include:

*Owners of the 1st printing will be able to purchase an upgrade pack if desired that contains some of the new components for a minimal cost.
**
Will be available as a free PDF download for owners of the first printing.
Why not Minis?

There are numerous reasons Minis wouldn’t work for Cave Evil. For example, Cave Evil includes 130 unique creatures excluding repeats assigned to 4 different factions. If you wanted a miniature for every creature in the card decks, you’d need over 200 miniatures.

We want to assure that the game remains under $100 and is 100% made in the U.S. This would be impossible with miniatures.

If funding GREATLY exceeds our expectations minis for the Necromancers, Protectors, and Endgames will be pursued of course!
There Will Be Games