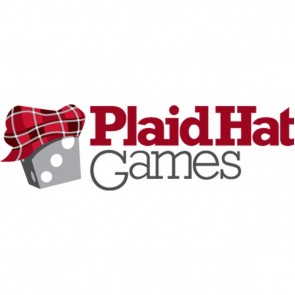 Plaid Hat Games is a US-based tabletop games publisher, founded in 2009. The Asmodee Group is a leading international games publisher and distributor with operations located in Europe, North America, and China.

In 2015 the Asmodee Group acquired Plaid Hat Games along with Z-Man games as part of the F2Z acquisition, an acquisition that brought with it the rights to publish key titles in Plaid Hat’s catalog, including Mice and Mystics and Dead of Winter.

Since that time Plaid Hat Games has continued to create and develop new game titles for publication and distribution by Asmodee. Notable titles from Plaid Hat Games during that time include Stuffed Fables and Aftermath, which are both members of the Adventure Book Games line.

On the 19th of February 2020 Plaid Hat Games’ Head of Studio and Founder – Colby Dauch and the Asmodee Group reached an agreement wherein Dauch reacquired the independent rights to the Plaid Hat Games brand and the publication rights to many, but not all, of Plaid Hat's current and past titles.

Asmodee retains the rights to publish the following game titles: Dead of Winter, Raxxon, Mice and Mystics, Stuffed Fables, Aftermath, and Battlelands. Asmodee has also retained the rights to the Adventure Book Games brand. Going forward, Dead of Winter and Raxxon will be published and supported by Fantasy Flight Games.

Mice and Mystics, Stuffed Fables, Aftermath, and Battlelands will be published and supported by Z-Man games. Both Fantasy Flight Games and Z-Man Games are publishers belonging to the Asmodee Group.

Colby Dauch, Founder of Plaid Hat Games, commented: “These past years within the Asmodee Group have been amazing and I am excited to continue to lead Plaid Hat Games into the future. I am thankful to the many kind and creative people I’ve had the opportunity to work with at Asmodee and look forward to continuing our relationships with Asmodee's distribution units throughout the world.”

Steve Horvath, Head of Publishing at Asmodee North America, commented: “I am thrilled that this opportunity has worked out for Colby and am excited to see what they do next. We’ll remain at their side as a strong long-term partner for distribution.”

Jexik replied the topic: #307568 28 Feb 2020 18:44
I'm curious to see what they end up doing next. I was one of the original PHG fanboys on the Summoner Wars train (my avatar here is an artist's rendition of a Tundra Orc puppy), later did playtest and design work on the line, and ultimately even had a card named after me.

We can dream that they'd buy the rights to Heroscape or something.

jason10mm replied the topic: #307583 01 Mar 2020 10:04
I used to listen to their podcast back in the day, it was delightful. It stopped when they got bought up IIRC and if it migrated to something else I didn't track it. Hope they get back up and running, they always had interesting designs.

Vysetron wrote: If this leads to Summoner Wars 2nd Edition or some kind of relaunch I'm there day 1.

They'd get a few dollars from me if this leads to Summoner Wars 1st Edition. There's a few decks I'd like to pick up. Stuff is hard to find.

Colby put up a post about this that's pretty from the heart.

Colby put up a post about this that's pretty from the heart.


Colby Dauch wrote: I am revisiting Summoner Wars (!) and have some big plans around launching a second edition, so be on the lookout for more information coming on that.