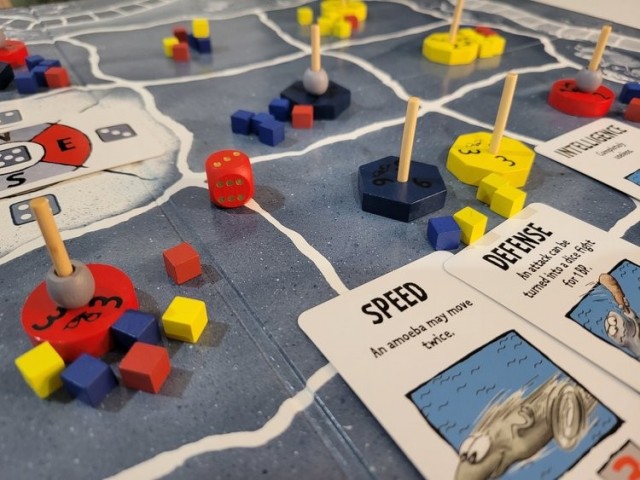 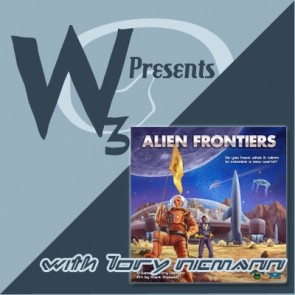 Tory Niemann joined myself and my co-host at the time, Alex, to talk about Alien Frontiers, a game I still enjoy so much that losing in it never bothers me. Alex moved on to Japan to teach, so he is no longer my co-host. This episode is from 2014.

In this episode we feature Tory Niemann and his game, Alien Frontiers, a massively popular game that made its big splash on Kickstarter years ago. Alien Frontiers is a worker placement game that uses dice instead of pawns as workers. Players roll these workers and place them at Orbital Facilities in an attempt to land colonies on the planet below. The most interesting feature of this game, in this podcaster's opinion, is the variety it affords players in utilizing workers (building ships to gain more resournces, destroying ships to land colonies, and rebuilding those ships to do it again) and placing colonies on the planet (Colonist Hub, Terraforming Station, Colony Constructor). Alien Frontiers gives you multiple paths to victory, it depends on which strategy you decide to employ.

Our discussion focused on Tory's the process from initial design to the completed product, the hard limits the game forces the players to work around, and the plentitude of options that players have in the game. We touched on Tory's forthcoming (at the time) game, Pay Dirt, and how his approach to worker placement changed in that game. We only delve deep enough to keep our Casio watches from wearing out (3m or so) because we hope to have Tory back once Pay Dirt is in gamers' hands.

Discuss this article
Log in to comment
Posts in discussion: Planet of Dice - Interview with Tory Niemann (Alien Frontiers)