Cartooner: The Fast and Furious Game of Drawing Comics - Board Game Review 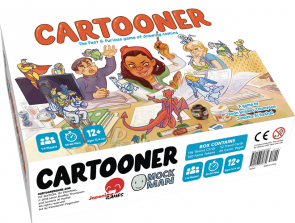 There may be winners and losers in Cartooner but, rest assured, it is always a draw *rimshot*

Remember the ad in the old magazines that asked “Can you draw Tippy The Turtle?” 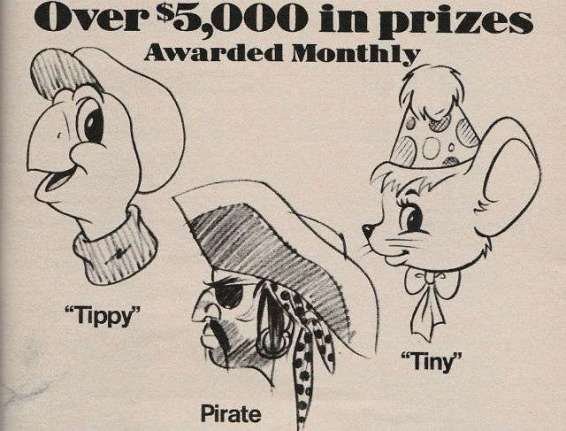 When I sent my drawing off to the “Art Instruction School”, they wrote back saying “Stick to writing.” So, a game entitled Cartooner which revolves around the ability to draw a comic strip in a limited amount of time isn't exactly my forte.

Instead of relying the tired “Let's all vote on what the best drawing is!” trope, Cartooner uses a system where points are allocated for achieving certain goals each round. For instance, you receive one Fame point for each of your themes/obsessions (which are dealt to you at the beginning of the game and that you keep the entire time) that you included in your comic. You can also earn two Fame points for using three or fewer Word Balloons on your page (which gets harder and harder as the number of frames you must fill increases each round.). You also get Two Fame for filling in every panel with at least SOMETHING (awww...it's the participation trophy of Cartooner). 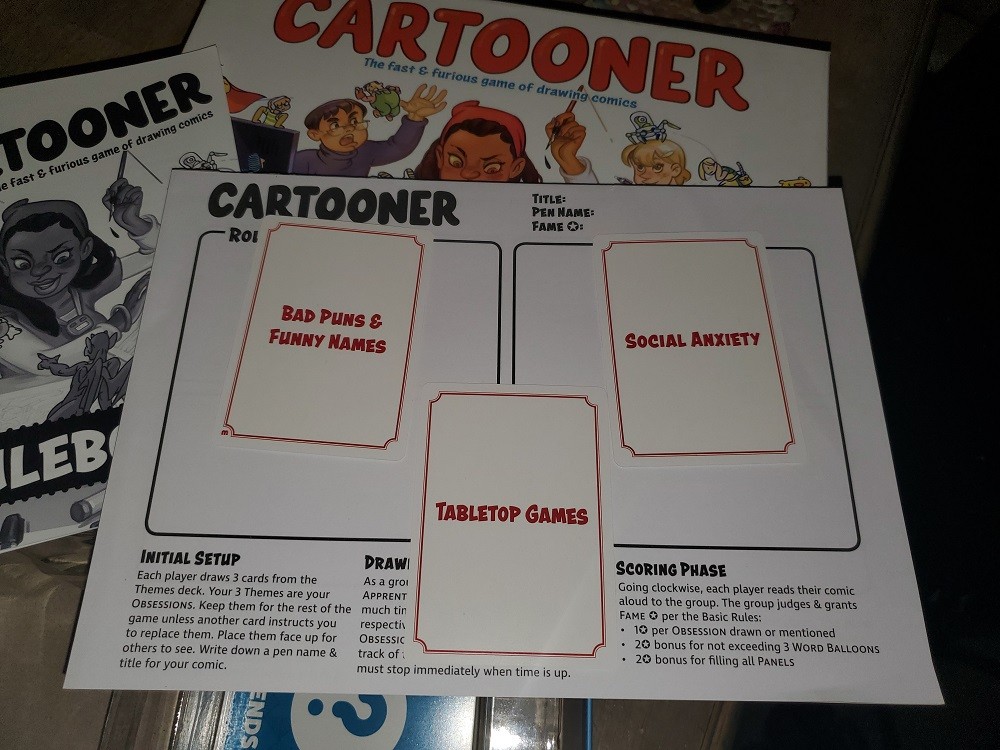 As the game progresses, Trends are added to the mix, which reflect what hot topic is currently burning up the market(internet). Is it a sell out if you “Hit the Woah!” with your latest comic or add those cute, cuddly Furbys playing with a shiny new set of Pogs? (I may be a bit rusty on what is “boss” and hip these days). 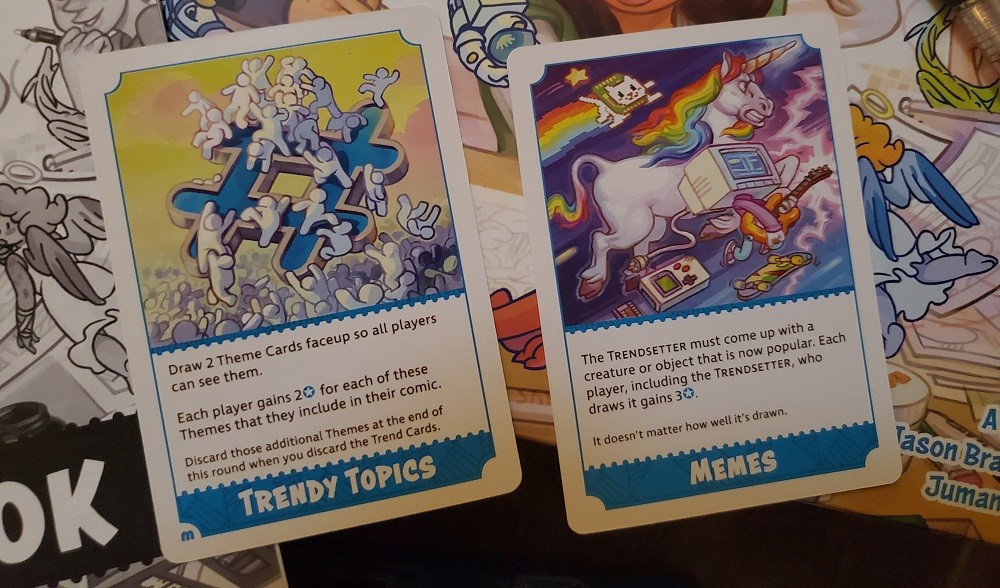 Cartooner doesn't entirely rely upon artistic ability but, instead, leans toward being quick on your mind when creating under pressure (even with the eight minute time limit in beginner/student mode). Learning to judiciously use sound effects and symbols is a must. However, in most of our games, the “winner” was the player who didn't forget a rule or two that would get them points at the end of a round. We had lots of “Damn, I used too many word balloons” decide the winner. Depending on how competitive you are at games, even a distinctly party game like this, it might not sit well with you.

Supporting up to eight players, Cartooner could fill that Party Game niche...if you can get your party over the “I can't draw” anxiety hump. If the concept sounds like something that you would enjoy, then you most likely will. It executes what it sets out to do very well and, with everyone drawing at the same time, moves along at a reasonable clip.

September 24, 2019
Rating
3.0
Cartooner: The fast and furious game of drawing comics
Cartooner could fill that Party Game niche...if you can get your party over the “I can't draw” anxiety hump. If the concept sounds like something that you would enjoy, then you most likely will. It executes what it sets out to do very well and, with everyone drawing at the same time, moves along at a reasonable clip.
W
WadeMonnig Top 10 Reviewer 195 reviews

Odd, I thought you would be drawn to a game like this.
Read More...