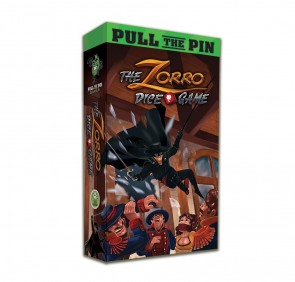 The story may sound familiar to you: A rich high society member wears an black mask and cape and uses his physical prowess to best those who menace the common man. He is known for his trademark symbol, had a hidden cave where he hides his mode of transportation, and takes his name from an animal. That's right...it's Fox Man...err...the Fox a.k.a. Zorro.

Of course, the origin of Zorro predates any modern superhero stories (he made his debut in 1919) but the story of The Zorro Dice Game somewhat matches that of The Mask of Zorro (1998) movie, which is about trying to find a successor of a retiring Zorro. Player's train to become the new Zorro by taking on Heroic Feats and battling a progression of scoundrels until they face the final villain. This is done via matching icons on the cards using a Dice Pool aspect similar to Elder Signs and Doctor Who: Time of the Daleks, minus some of the co-operative aspects and much of the depth found in those longer, more complex games.

You have three rolls to overcome the Heroic Feats cards (Insert Yacht-Z joke here) that will both earn you a common item and give you one of the colored cards you need to unlock the hero dice. However, sometimes, especially before you secure any cards that add to your rolls or allow you to re-roll certain icons, you roll three times and fail and literally nothing happens on your turn. Nothing good, nothing bad, just simply nothing. And that is simply boring.

Once a player has three items cards (the maximum allowed) and a hero dice or two, they become an almost unstoppable “Z” slicing machine. But a few bad rolls at the beginning of the game can leave you struggling to even get your mask on. As the game progresses, it's best to either be the person winning the battles or the person whose turn directly follows them. Since you are trying to collect heroic deed cards to create a set, when a person grabs a second card to make a set, they take the colored Hero dice that matches it and add it to their personal dice pool. The person following them gets the first shot at the scoundrels and, more importantly, the super-powered premium equipment card.

The set collection is more than a gentle nudge toward making the game shorter. If you take red Hero dice (by securing two red battle cards), it has four Rose faces. If you choose to attempt to defeat the Red Villain as the final boss, it has a four rose face requirement along with a “Z” face. So, if you get the first hero dice, you want to keep trying to get red location cards since 1.) You only need three red locations to get that second Red Hero dice and 2.) That second red dice which also has four Rose faces and 3.) Taking the final Red Hero dice triggers the Red Villain as the “Final Boss.” Is that strategy? Maybe. Is that incentive? Definitely. It should also be something the other players are aware of in order to slow down your progress. 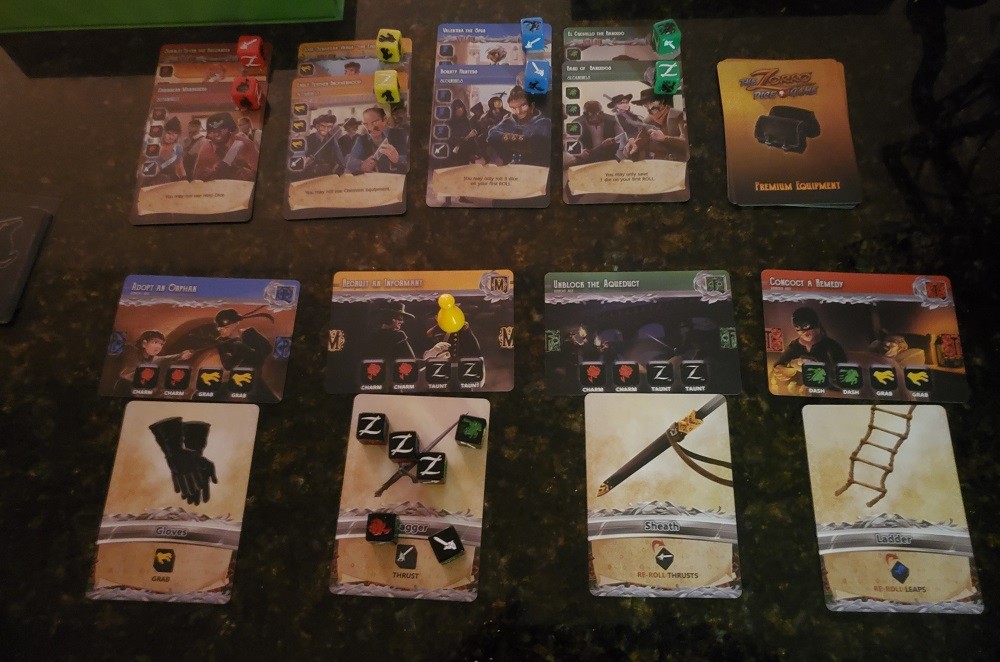 In true dice game fashion, there is still plenty of randomness. One person can be dominating the entire game but some bad final rolls versus the villain can lead to them faltering; catapulting someone else who was on the opposite end of the luck spectrum, to the win.

I really would have liked to see more baddie cards. It's always the same scoundrels followed by the same villains. Granted, you won't be engaging the same “Final Boss” every time but the progression is always the same. 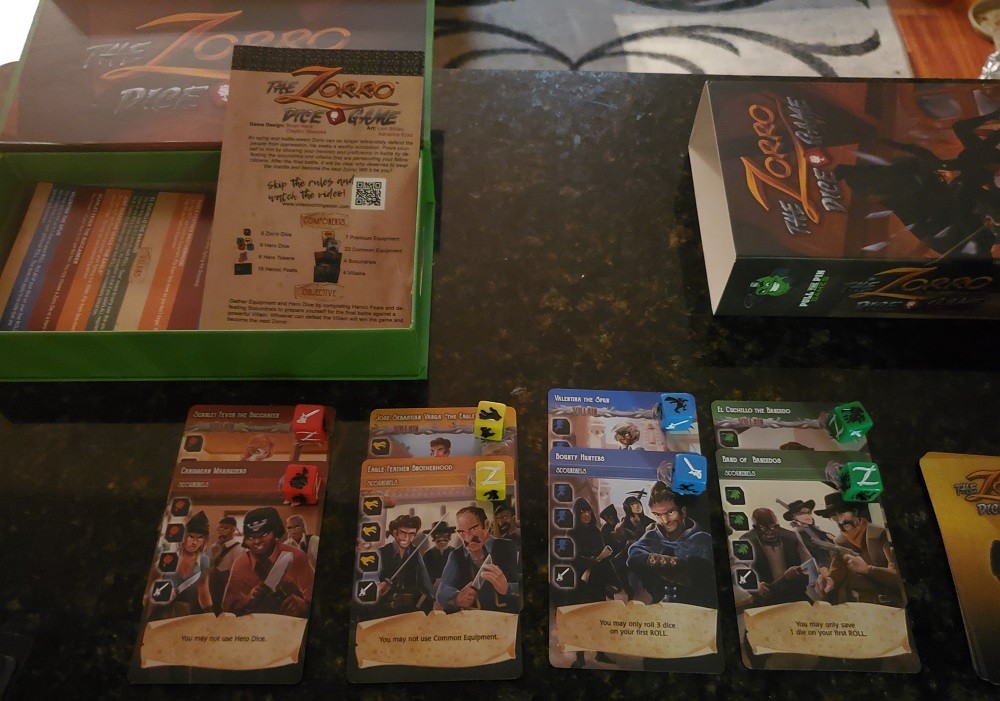 The custom dice are great but are of the 12mm size. 12 mm Dice are “Okay” when you are purely looking at pips. But these are custom dice and, from across the table (even when color coded), it can be difficult to differentiate between the Dash and Leap sides. It just seems a shame to have the beautiful custom dice if you have to squint at them to read them properly. The dice size is obviously one of the trade offs to keep the price point at $19.99. 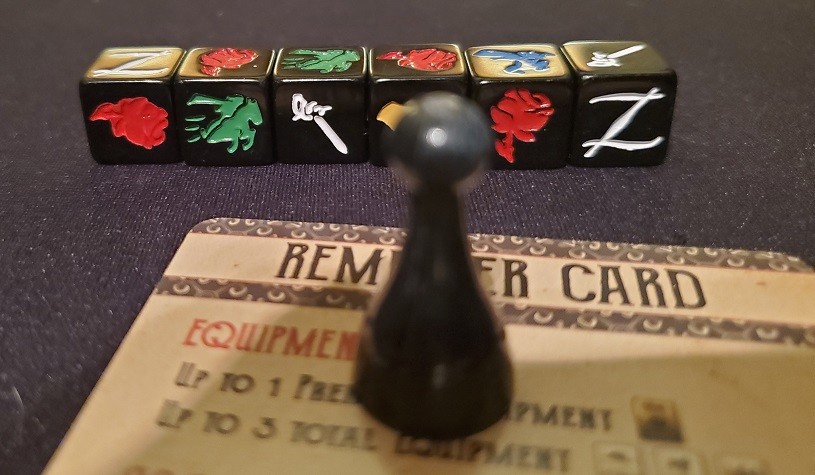 The Zorro Dice game isn't a “bad” game, it just lacks that hook that makes it really exciting or that “something” that takes it to the next level. A tried and true formula combined with tried and true mechanics delivers a tried and true result: a solid game that never excels beyond its base premise.

ubarose wrote: Maybe it would be better as a drinking game?

You could try using the custom dice as ice in your drink but the small size would probably make them a choking hazard.
Read More...