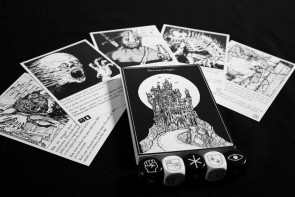 The torchlight flickers upon dank stone, throwing eerie shadows that writhe with each gyrating tongue as you pace further into the labyrinth, trepidation mounting with each faltering step. In an instant, your advance is halted by the sound of an ominous ‘click’ that emanates from beneath your padded sole and reverberates tensely through the stillness. 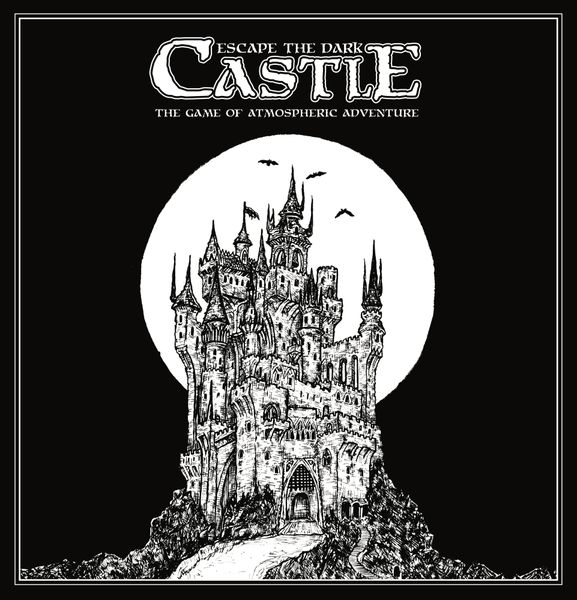 The increasing sophistication of systems and iterations that develop as the scene matures are both a boon and a bastard, as for every new storytelling or gameplay conceit they enable, there is an equally robust roadblock to entry that emerges.

Some days are just too wearying, too draining and too full to leave you with the faculties in reserve to tackle the likes of Mage Knight, Paths of Glory or Twilight Imperium. Some days just leave you wilted and craving escape.

This is an increasingly familiar scenario for gamers of a certain generation, as they approach middle age and all it’s attendant responsibilities. Fortuitously they also happen to be the generation that likely harbours a still-beating heart for the heady days of the 1980’s as the hobby took its faltering first steps, standing on the shoulders of Arneson, Livingstone and Dever et al. 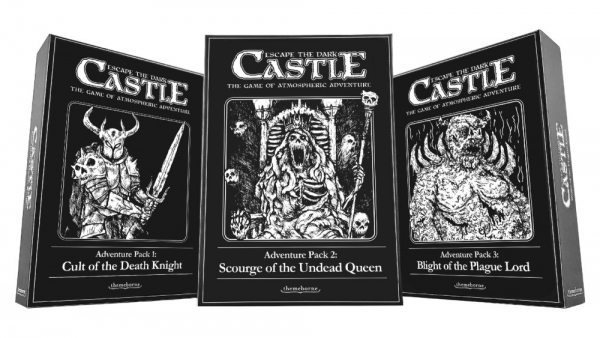 The same set of dreamers who are now wrestling reluctantly with the intricacies of superannuation payments were once ensconced at the local library or bookstore, folding the pages, dual wielding 2B and eraser and eviscerating their character sheets as they rampantly cheated their way through Deathtrap Dungeon or Caverns of the Snow Witch. And chances are those hooks went deep.

Ostensibly a series of roll to resolve scenarios complemented by only the thinnest patina of player agency, it’s hook, as the company’s moniker reveals, is all theme. Classic John Blanche, Gary Chalk theme. Strobelight white and Abyss black. Simplistic, charming, evocative, dare I say innocent? And yet bundled with a raft of components all polished lovingly to a buffed chrome gleam. For such a slight sliver of a thing, the care that has been lavished upon the actual physical presence of this game is almost unprecedented amongst its cousins and contemporaries.

The art is the star, basically. Alex Crispin’s line and ink work will immediately resonate with anyone who has a penchant for OSR style throwbacks, Black Metal demo covers and the entire circumference of that particular venn diagram.

Playing out in a merciful 30 minutes, ETDC is both a great solitaire nightcap and a lovely diversion for two to four castle convicts. Shuffling the set of pleasingly large and tactile tarot-style cards, players place a starting location, fifteen random encounters and a climactic boss duel into a svelte deck, framed by a stack of item cards, their character cards and some fabulously chunky proprietary dice.

These dice are engraved with a set of arcane symbols denoting either Might, Cunning or Wisdom, and each character’s individual dice is weighted to reflect their aptitudes. This is probably the game’s cleverest conceit. Each encounter will yield a series of symbols that must be matched based upon the aforementioned dice glyphs. This both enables the thrill of random chance with the agency of selecting actions based upon probability. It never gets much crunchier than that and thus gracefully ducks out of the way of a narrative, that whilst simple and linear, is nonetheless surprisingly effective in generating a sense of place, presence and fun….and dread. The brevity of the prose and the striking illustrations are more than capable of firing those latent cells of imagination, long left to moulder in libraries and bedrooms of yore. 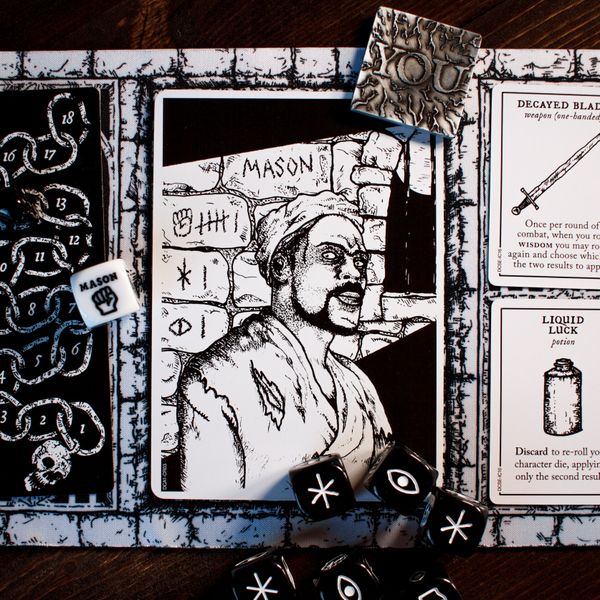 Each session plays out differently based upon the selection of cards, with the challenges you face and perils that assail you varying wildly as a result. One run-through may find you swimming in items and opportunity as you ransack kitchen stores, encounter inscrutable NPCs and dance about devilish traps to reveal chests brimming with loot, whilst others may see you mercilessly pummelled by a succession of foes, fiends, blackened blades and vertiginous pits that care not a jot for your desire to see starlight once more. But failure here is not the punishing precipice it could be, thanks to a scant running time and simplicity in set-up that means a new run is only ever minutes away.

From the 45 encounter cards included in the core box you can weave a surprising number of narratives but inevitably the repetition will dull this box’s blade. That’s where the expansions come in. With three major expansions and a handful of extra mechanics enabled by the opulent ‘collectors box’ you can expect a fair amount of rewards upon each return to the castle’s catacombs. Each expansion also builds upon the core mechanics, adding welcome depth in the form of character traits, companions, curses, plague, powerful relics and more, that while adding variety, never stumble over the line in terms of adding unnecessary complexity or bloat to the slimline charms on offer.

What’s more, you can further gild the experience with the fabulously titled ‘Death Book’ outlining the succession of grisly denouements that will befall you, along with an evocative Soundtrack on cd or (fittingly) cassette tape that adds immeasurably to the atmosphere with a selection of synth and ambient screeches composed by Alex Crispin.

The only issue with all this additional ephemera is the cost. This stuff isn’t cheap. Once you start investing in the bits and bobs to fill out your box you can be looking at upwards of $200AU for what is essentially a glorified paperback dice chucker. But man oh man are those pieces lovely. Really. The whole package screams ‘prestige’.  And pitched as I believe it may be at cash rich but time poor former resident of Firetop Mountain, it just might hit the spot.

mc replied the topic: #309823 30 Apr 2020 19:28
Great read Andi, thanks mate.
Looking at the bottom here and seeing the other suggested reading - Barnes, Thrower, ChrisMD, all with different approaches to writing about the same game. Great stuff. To have something that has inspired this writing says something.

Andi Lennon replied the topic: #309824 30 Apr 2020 19:54
Thanks man, yeah I didn't realise upon submission it had received quite so much coverage here but I guess it's one of those beguiling titles people feel compelled to proselytise about. I await the forthcoming sequel with a frisson of joyful dread!
Read More...