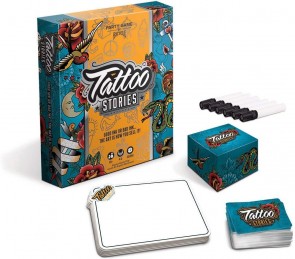 Will you stop pretending I've never been born, now that I look a little more like that guy from Korn?

“What kind of Tattoo do you want?” Maybe I am a strange but it is a question that has come up plenty of times in conversion.: For Instance, 21-year old me put forth this image for his first tattoo: 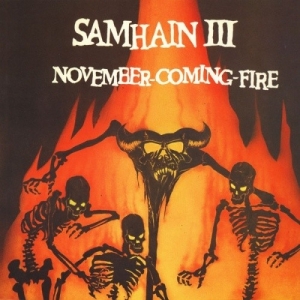 My cousin, Darren, would counter with the Dark Angels standard from the Space Hulk PC game he was currently obsessed with.

(or was it Blood Angels...Death Angels?)

He would note that he was sure people who got Kiss tattoos probably thought it was a really good idea at the time. I'd counter with “Whose going to remember Space Hulk in 5 years?” And we would both go on our way, happily thinking we had dodged a bullet because, seriously, who was going to REALLY get a tattoo who wasn't in a.) a band B.) the military or C.) prison.

Fast forward to a few weeks ago when I am talking to my daughter (not for the first time) about what type of tattoo she would like to get. Granted, she does technically fit the requirement of being in a band but I'm not sure Classical Ensemble and the S&T Marching Band really are in the spirit of that requirement. My point is, I shouldn't even be surprised that there is a board game/card game about getting etched.

Tattoo Stories fits the common party game bill perfectly: you can unwrap it, read the couple of sentences that comprise the rules and be playing it a manner of minutes. And, for someone who has negative artistic skills when it comes to drawing, I keep finding drawing party game on my review docket and, more importantly, they keep providing a quick dash of laughter-induced fun.

One person is the client and they draw Ten cards from the tattoo box and select five cards...which feels like a bit of overkill. Which, I guess, is kind of the point. If you only picked three cards it would be more than doable and you can come up with some pretty tight designs and themes. “I want a tattoo with Motorcycles, Flames, and a quote printed backwards so I can read it in the mirror.” Shit, isn't that the cover of every Meatloaf album? But throw in some mushrooms and a medieval shield... okay, that is STILL the cover of every Meatloaf album but that takes a bit more planning. 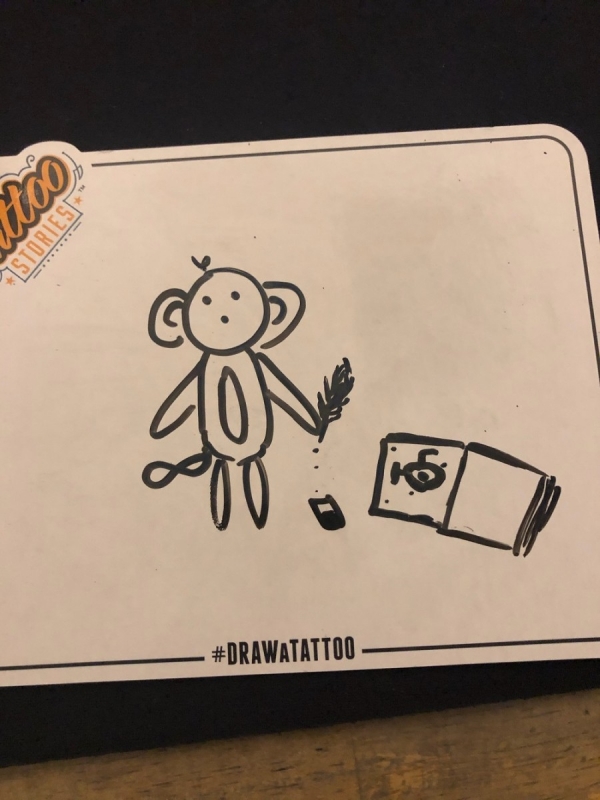 A timer is set for three minutes and all the artists begin drawing. Of course, you are encouraged to ask the “Client” questions about what they really want. Once everyone finishes their tattoo proposal, the pitch it to the client and, in turn, the client hands out cards to the artists who they fill did each clue/tip the best.

And don't undersell the fun of playing this with people who actually have ink. Seeing all those “original” ideas they came up with for their personal ink showing up directions of the cards is pretty entertaining. Probably almost as entertaining as the disconnect of what my brain is telling my hand to draw and what comes out looking like stick figures straddling a submarine on it's way down to Hell. 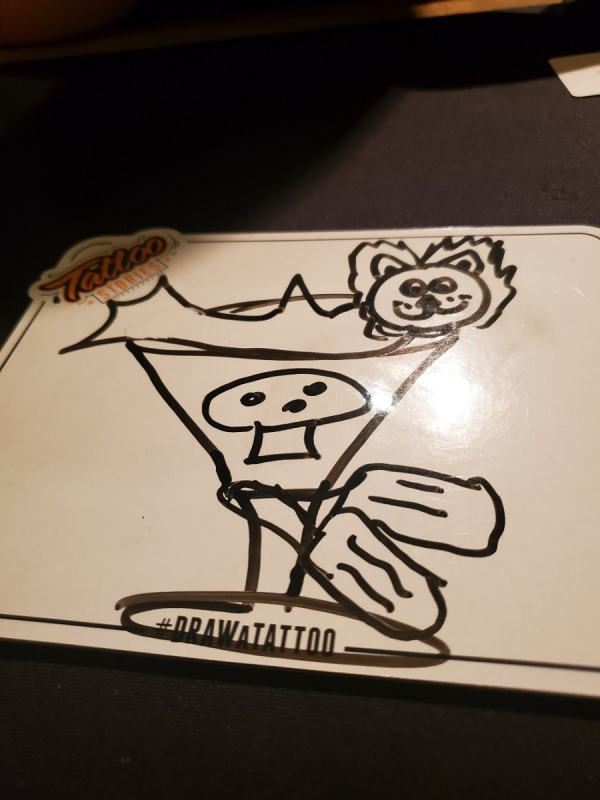 The Four to Six player requirement seems like a bit tight player count for “party game.” The six player limit is imposed by the number of dry erase boards included. If you wanted to, you could simply whip out a few more dry erase boards to up the count but I don't really suggest it. Six renditions of a concept for one Tattoo is at the top end of how many you want to “check out” before starting another round. 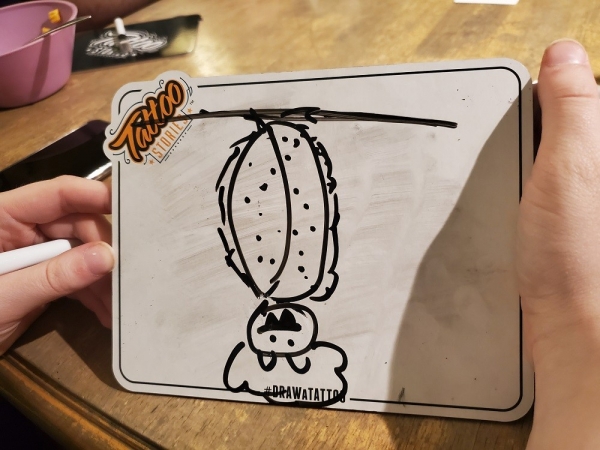 And, as a unmitigated fan of horrible Dad puns, imagine the fun you can have when you are required to include “High Fives” in a tattoo or “Wings.” 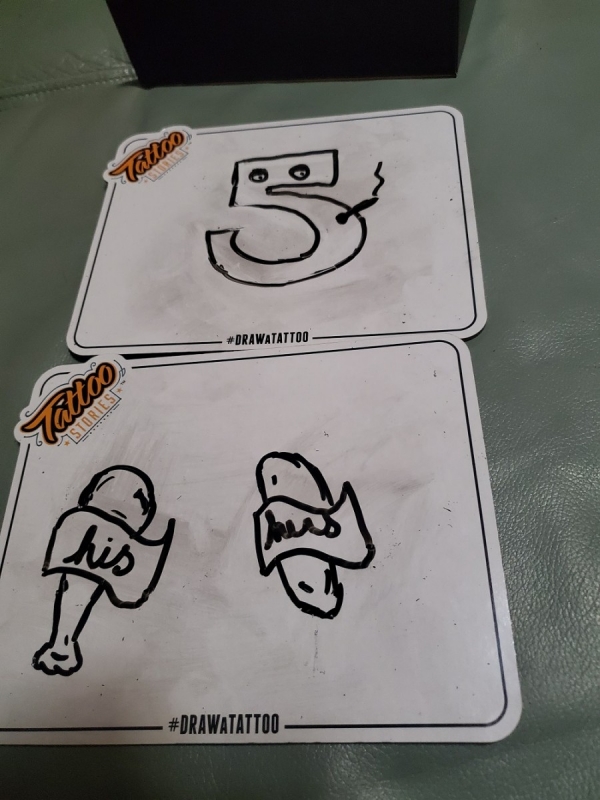 Tattoo Stories is nothing like getting an actual tattoo: it is pure fun party fluff that allow you to wipe away the evidence with a quick swipe of the dry erase board. The only thing permanent here is not being able to unsee my artistic crimes against humanity. (Note: None of these included tattoo designs are mine. I saved you that injustice. You are welcome).

WadeMonnig replied the topic: #309797 29 Apr 2020 21:27
That is a special tribute to Fountains of Wayne's Adam Schlesinger with the opening lines of the review coming from "Red Dragon Tattoo."