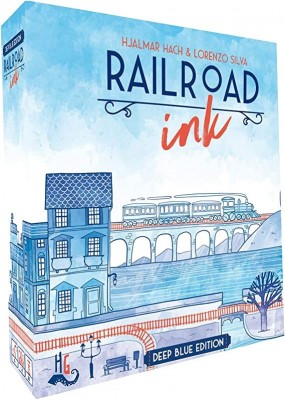 Ladies and Gentlemen, boys and girls, children of all ages. I'd like to welcome you to the pre-fab future! It's the future I tell ya! Forget building roads and railways the old fashioned way with all that planning and designing. Instead, we are going to be mass dropping straight highway, curved highway, T-junction highway, straight Railway, curved Railway, and T-junction Railway all right into your back yard! All you have to do is assemble them into some semblance of a functioning infrastructure. No, we're not going to let you know what type of pieces you are going to be getting, It's a puzzle, I tell ya! A puzzle! Did I mention you can play it with up to six players! We will also drop an additional piece per round like the straight station or curved station that lets you transition railways into roads and vice versa! I might even throw in an overpass for when you wanna go over something. This deal is NOT going to last. 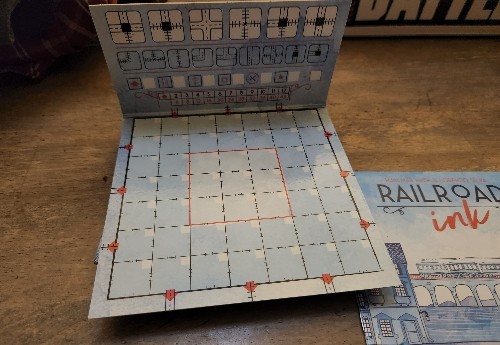 Anyone who has been reading my reviews knows that I am not a huge fan of co-op games. Slowly, as I've been playing the flood of Roll and Writes that have been released in the last few years, I've decided I can also add most roll and writes to my list of things I do not particularly care for. One of the things I dislike is that most of them are heads-down solitaire games. Railroad Ink is heads down in the worst way. It requires a fair amount of thought to lay out the randomly rolled rails and roads, so table talk is virtually non-existent while you doodle away on your player screens. You might as well all be playing some game on your phones for half an hour, pop up, post your score and declare someone the winner. Like that would ever catch on. 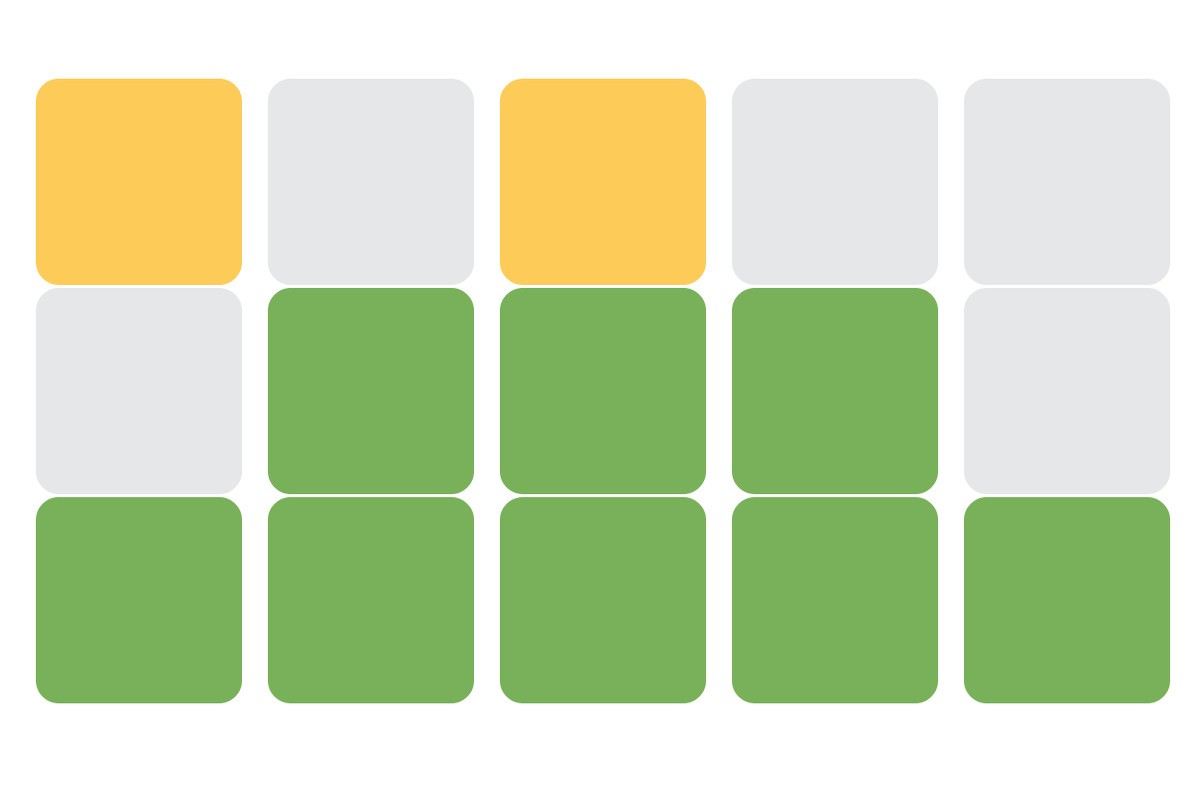 The player interaction is nil. Well, that is not exactly true. You are at the mercy of the slowest player after the dice are rolled as they fill in, erase, rotate, fill it in again, possibly erase another time... It's “better” at lower player counts simply because it doesn't matter at all how many people are playing. So, “better” consists of getting the game over with quicker. 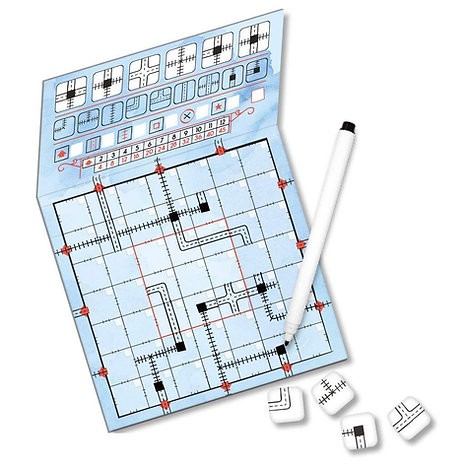 The snake oil salesman who opened this review said that Railroad Ink is a puzzle. Is it though? The pieces you are assembling come out in bursts of dice that do as dice are wont to do: be random. So, you can pretend you are solving a puzzle but when you have zero clue what pieces will come out next or if pieces will ever come out. 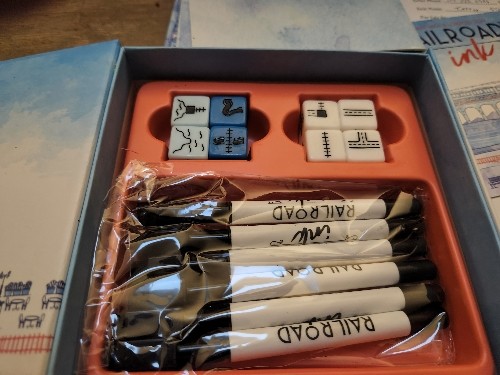 According to the rules, your goal is to “Connect Exits to Each Other” or (in my head canon) “Make as many ways as possible to get the hell out of this town.” You have seven rounds to get the fuck out of Dodge. Incomplete Routes or routes that don't connect to any other route or the edge of the board at the end of those seven rounds are “Errors” and are negative points. You also have the assistance of three special routes (the only ones you can truly count on having). Once per round, you can mark one off the top of the board and add it to your mess..err...map until you have used three of them. Meh, maybe this is the puzzle part of the game: Should you use them early or hold off to the final rounds? I can't say I noticed a lick of difference in my scoring when using either strategy.

Railroad Ink Deep Blue comes with the additional blue water dice, a sort of mini-expansion that adds rivers and lakes to compliment (complicate?) your railway and highway construction. I've played with it and without it, but it never really ticked up the Geiger counter of enjoyment. 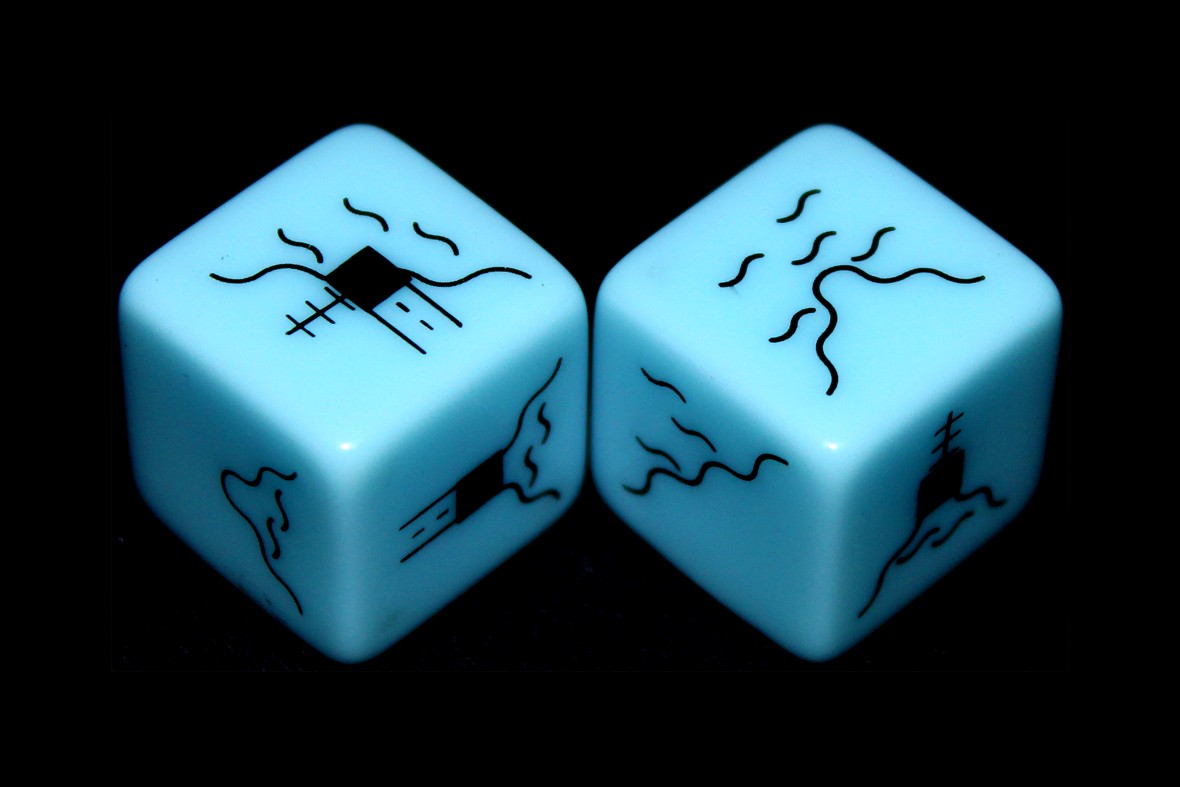 “There ain't a lot that you can do in this town. You drive down to the lake and then you turn back around.” Steve Earle

Railroad Ink Deep Blue feels like damage control with dry erase boards and markers. Everyone just tries to make the best of what random pieces are rolled. It's complete lack of interaction and fully heads-down nature doesn't have any appeal for me.

August 07, 2022
Rating
2.0
Railroad Ink Deep Blue
Railroad Ink Deep Blue feels like damage control with dry erase boards and markers. Everyone just tries to make the best of what random pieces are rolled. It's complete lack of interaction and fully heads-down nature doesn't have any appeal for me.
W
WadeMonnig Top 10 Reviewer 195 reviews

DarthJoJo replied the topic: #335249 26 Aug 2022 18:11
It predates the recent trend, but Roll Through the Ages: The Bronze Age still sees a fair amount of play in my home. I think I’ve played it enough, but my wife actively requests it. It plays fast, the chunky wood dice feel good, there’s a little drama in see for the right roll and it doesn’t require that much thought. Will neither forget nor allow my wife to forget when I won on three dice.
Read More...