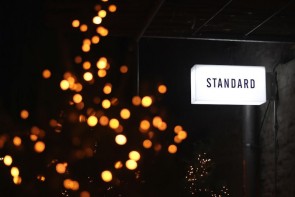 When reviewing games, you look at rulebooks, components, complexity, playing time, illustrations, setting and many other things, but ultimately you focus on the experience you got when playing the game. The thing is, what you enjoy playing changes over time. In this article, I want to look at whether we should compare games against our expectations or whether it would make more sense to check them against some other benchmark. (This topic was inspired by the always wonderful Bez.)

As we probably all have experienced for ourselves, getting a new game is exciting. Unwrapping it, punching out tokens, admiring the artwork or some amazing components and also smelling the "new game" smell all add to a wonderful feeling. There is a certain anticipation when we start to read the rules and start to play the game. We have formulated in our head what the game should be like and are starting to compare it with the reality.

Of course, this comparison actually starts sooner. When we buy a game, we will have certain expectations, based on reviews we've read, videos we've watched or what other people have told us. So as soon as the game arrives and we start unwrapping it, there will be things that we compare against those expectations.

We might find that the box is bigger than we had thought. The printed illustrations may seem a lot brighter and more inviting than we saw in photos or videos. The card stock may seem much lower quality than we had hoped. The screen-printed wooden components might be even more chunky and tactile than videos seemed to indicate. The rulebook might be a lot more difficult than the rules-teach video we watched or the gameplay is a lot more complex than it appeared in the playthrough video we saw.

Whether or not it meets, exceeds or falls short of our expectations will depend on us and the game, of course. Some things will be better, some worse, some about the same and there may even be some things that we didn't expect at all, that surprise us in some way, either positively or negatively.

The same is true for reviewers, like myself. I tend to review games that I know I will be able to play, either with family or friends. That's the basic requirement for me, because I can't review a game if I can't play it. So my expectations will be around how well a game will appeal to my family or friends.

Of course, over time I have gotten better at gauging which type of games are right in that respect and I often turn down games that I don't think will meet my expectations. The problem here is, of course, that I might miss out on gems - and that's a risk. However, I need to balance the time I have to spend playing games and writing reviews with accepting review copies of games that I am unlikely to get to the table.

I don't want to promise a review, when I'm not fairly certain that I will be able to play the game. It's not fair on the publisher (or designer / self-publisher) who goes through the effort of sending me a copy and spends their time and money with an expectation that I will write about it.

It's different for games I buy myself of course, and that's my way of trying out games that I'm not sure about. I've had surprises in the past, positive ones, where I bought a game thinking that my family or friends might not like it, or at least only like it a little, just for them to absolutely love it. So it's games that I purchase that allow me to adjust my expectations and try out games that I otherwise wouldn't have requested a review copy for.

The question remains though, whether it's better to compare games new to us against our expectations that we have fine-tuned over time or against some other benchmark, some sort of market standard.

You could argue that you should look up a game on Board Game Geek and check its rating. If it's rated high, then it's a good game, in the sense of "good" as decided by Board Game Geek users. However, that rating is based on people's individual opinions, which in turn are probably based on their own expectations - and these expectations will have changed over time.

For example, a game I rated 10 stars a year ago, may actually only be 6 stars for me now. I should really go over my ratings and update them ever so often, but of course, I don't have time to do so. However, the point is that Board Game Geek ratings are nothing other than an average of people's opinions as of when they rated that game. It doesn't really reflect some sort of "industry standard".

Yet, there is a kind of "industry standard", at least in theory. I think people coming into the hobby now will see older games as "less good" (whatever that means specifically) than modern games. Designers have a bigger array of mechanisms, components and other tools available to them now than there were a few years ago. Mechanisms and genres of games have evolved over time.

So, as I say, in theory you could compare games to that "industry standard", and I think most reviewers sort of do that. They will know what games are like nowadays and their expectations will reflect that, at least to some degree.

For others, I think it's actually quite nice when they go through the journey of discovery, starting with a game that someone recommended and then working out from there where to go next, slowly adjusting their expectations and learning what works for them and what doesn't.

I don't think it would make sense to someone, who hasn't played any modern board games, that game A is for them, because that's where the "industry standard" is at. It's a much more personal choice and everyone will have their own journey of finding out what's right for them.

Discuss this article
Log in to comment
Posts in discussion: Ideal Ideals - Board Game Benchmarks and Expectations

jason10mm replied the topic: #321444 30 Mar 2021 15:10
This is an interesting one. For benchmarks, I think we can all agree on some basic requirements for a game. A. it fits back into its box, B. it uses fonts and script size legible from 3 feet away, C. it has enough components for the stated player count to play most games without supplementing with M&Ms or whatever, and D. the rulebook is complete, free from significant grammatical errors, and has at least basic player aids (component list, set-up image, turn order summary, index, card effect explanations, etc as appropriate). I'd think any game failing these would and should get called out for it. Obviously there is a lot of room for improvement in these areas and that is where game design experience shines through.

My expectations for a game, however, can range pretty widely. I appreciate that Friedmann Friese and his US publisher(s?) have maintained a very consistent art and design aesthetic across a very broad spectrum of games, but they all "feel" like like they were made by the same person, which adds a lot in my book. Old FFG games felt the same way in a lot of cases, you know you were getting reams of cardboard punchouts, those little decks of cards, and often those spinner dials they must have gotten at wholesale because they included them in EVERYTHING! I'd hate to be the company putting out faithful repros of AH games with paper maps, half-punched chits on little more than heavyweight paper that blew away in a faint breeze/sneeze, and the old 1.23.445.678 style rulebook reference system because component quality expectations have DEFINITELY seen some inflation since the 70's!

I don't do much kickstarter anymore but I imagine there must be fans of specific designers or publishers that have a built in audience (you can certainly see it whenever GMT puts up P500 games from Volke) regardless of the theme or mechanics they pick (or perhaps because they stick closely to well tested popular themes and mechanics?).

In addition, I think some folks just want comfort food gaming. They don't want to be challenged by new concepts and mechanics, they just want something new and shiny that gives them the same warm fuzzies they had with an older, now somewhat duller and more clunky, game. So as long as a game ticks off the right boxes it's all good.