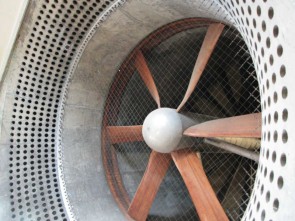 Nobody likes a game with more rules than necessary. The more rules there are, the longer it takes to learn a game, especially if there are also a lot of edge cases or exceptions. Too many rules can lead to confusion and slow down the flow of a game and consequently increase playing time. In this article, I want to look at streamlining games and how it can affect the playing experience.

Let me continue with what a game feels like that has way too many rules. That usually means that two or more rules basically say the same thing and each variant might just deal with an edge case or exception. That will be confusing and ensure that players will refer to the rulebook many, many times as they play the game, which means playing time is noticeably increased due to the re-reading of the rules. So that's definitely something that needs to be addressed or the game experience will be painful as the flow of the game and the immersion in the game's world is constantly interrupted.

In fact, edge cases and exceptions should be removed completely, whenever possible. If something can't be covered by a general rule, then it will mean players will either get stumped when they encounter an exception and will have to look it up in the rulebook or they may not even realize that there is an exception and fall back to what they believe is covered by a general rule. If edge cases are missed, players won't be playing the game as it was intended and chances are, they will have a negative experience - even if sometimes, accidentally "house ruling" a game can lead to a better experience of course.

So, let's assume the rules have already been optimized insofar that there is no duplication. However, there can still be way too many rules and by that I mean more rules than most people are likely to be able to remember. That rules complexity will usually make for a bad playing experience, because nobody is quite sure what they should do, which is made worse if players have multiple options on their turn. Games will feel like walking through treacle, except that treacle is at least sweet, while the playing experience will be bitter.

If the rules of a game can be streamlined and cut down to a manageable size, then playing the game will flow a lot better and therefore feel much nicer. If a game has only a handful of rules, then it will be easy to learn and remember. On your turn, you will know what you can and can't do and chances are you will be able to formulate a strategy that will guide you through the game. Players will feel much more in control of the gameplay, as opposed to games with huge rules overheads that feel like they are playing you.

Saying that though, just because a game has very few rules doesn't mean it's not going to be complex, of course. Many games, that seem very simple at face value, turn out to be really thinky, because players have many options on their turn or they have to plan several steps ahead to be successful. Just think of something like draughts, which has very simple rules but will take a while to master and become good at. Go is, of course, another example of a game with relatively few rules but huge complexity that arises from the players' choices.

Let me try and go full circle though, because sometimes it's actually nice to play a game that isn't fully streamlined and requires you to spend a good amount of time learning the rules before you can start playing. Even during the game your brain is not only occupied with deciding what to do on your turn but to some degree also remembering the rules. There is a fine line here between the relatively large number of rules making for an enjoyable experience and a game becoming really painful because the rulebook is more like a badly written novel.

There are more elements to all of this, of course. It's not necessarily just the number of rules that will affect the players' experience of the game. Clarity, just like duplication and edge cases, is very important - rules need to be well formulated so they are easily understood. The order in which rules are presented also matters and is probably one of the hardest things to achieve in rulebooks. Often it is clear which rules should come first, but not always - and making the right decision here can make the difference between a game that will never get played and one that will make your brain burn while you ask for more and just can't stop playing it.

What do you think? Do you prefer games with very few rules or do you quite like reading a large rulebook? What games have you come across that have hardly any rules, but still create a deep and memorable game experience? What games do you think have just too many rules, so that you have house ruled them to make them easier and more fun to play? Please comment below. I'd love to hear from you.

Shellhead replied the topic: #323607 01 Jun 2021 10:05
Learning a complex set of rules can be a hassle, but the super-streamlined rules sets don't seem to offer much sense of immersion in a setting or simulated narrative. It's almost as if a rules set needs to achieve a certain critical mass to rise above a dry list of procedures. My favorite games tend towards relatively straightforward rules with a certain amount of chrome rules in the mix.

ubarose replied the topic: #323619 01 Jun 2021 14:33
The number of rules are less important to me than whether the rules are easy to remember. I can remember a lot of rules if they are relatively intuitive and make sense within the game world. Like, games can have several pages of terrain rules, but typically they all make logical sense, so remembering them requires almost no effort.

If a rule book has a "frequently forgotten rules" section, it's a red flag for me. It often means they had to tweak something in an arbitrary, gamey way that is not intuitive to make the game work.

mc replied the topic: #323626 01 Jun 2021 17:11
I've become more and more convinced that as a medium one of the features of analogue games is their simplicity/abstraction and that the best ones lean in hard to that. You have to do everything for yourself - so the more you have to do the more the game pulls you away from that strength.

I find when games have an aspect of theme or something they really concentrate on, and abstract the rest away, I find it more immersive theme wise than if the game tries to do everything - they can't do everything, and so the bits they then miss simply highlight that it's not complete, like an uncanny valley effect. Whereas if the game leans in to what it is - a really big abstraction. - it just works better for me.

That's not to say a game with lots of rules can't be good - but like uba says those rules need to be intuitive and fade away as quickly as possible.

On top of that I really hate rules that are clearly there to balance the maths. If the game needs to do that, there's a bigger problem in my view.

Msample replied the topic: #323627 01 Jun 2021 17:43
Rules length and complexity are not necessarily related. Depending on the interdependencies between certain rules, you can either adopt a "state it once and move on" philosophy or go for redundancy. The latter can certainly increase the length of the rules, but when you see questions on BGG, its either they didn't read the fucking rules to begin with, or they are trying to read something into the rules that aren't there. I tend to veer towards redundancy when proofing rules because of the question issue. People are so much lazier these days in trying to digest rules; you need to spoon feed them and sometimes this means beating them over the head with certain concepts.

DavidNorris replied the topic: #323631 01 Jun 2021 21:54
I think a good example for me on this topic is Escape Plan vs On Mars. Both are big hairy board games with a lot of rules, but because Escape Plan had separate rules for each area it was really hard to get my head around. For On Mars the rules are more broader and affect the system as a whole, so I found the game to be a lot smoother. Yet it probably has more rules than EP.

That all said I'm reading the rules for The Ravens of Thri Sahashri, a much smaller game in comparison, and I can't wrap my head around them.

DavidNorris wrote: That all said I'm reading the rules for The Ravens of Thri Sahashri, a much smaller game in comparison, and I can't wrap my head around them.

I've played this game several times with my girlfriend and I still can't understand how the game quite works. I don't think the game itself is complex (Draw cards, put them in the middle overlapping each other, the girl takes one and adds it to the score pile) but somehow it doesn't get into my brain.

ubarose wrote: The number of rules are less important to me than whether the rules are easy to remember. I can remember a lot of rules if they are relatively intuitive and make sense within the game world. Like, games can have several pages of terrain rules, but typically they all make logical sense, so remembering them requires almost no effort.

If a rule book has a "frequently forgotten rules" section, it's a red flag for me. It often means they had to tweak something in an arbitrary, gamey way that is not intuitive to make the game work.

I'll add presentation to the list as well, i.e., how the rules are presented in the rule book and whether they flow with the action in the gameplay. A game like Arkham Horror is complex, with blocks within subsections within sections and the like, but the rule book is laid out in a just-in-time fashion so that complexity is mitigated by simply moving from one paragraph in the rule book to the next. For Arkham in particular I can tell you where on the page some rules are because the layout is so tightly grafted to the gameplay.

mtagge replied the topic: #323635 02 Jun 2021 08:04
I'm a particular fan of the GMT card driven games. Taking something like Twilight Struggle the system is relatively simple. Play a card and use the event or take the points to do a limited number of actions. The flavor drips out of the events on the cards though.

On a superficial level anyone can jump in and play relatively quickly. And two newbies will have a decent time (even if the USSR trounces the USA) but through repeated play and memorization of the events it jumps to a whole new level.
Read More...