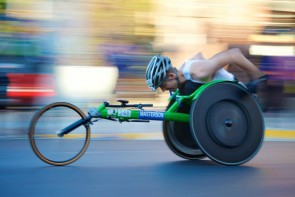 There are so-called "race" games, where the first player to fulfil certain winning conditions takes the victory and the game ends immediately. These games differ from other games where you play so many rounds and whoever has the most points at the end wins. Most race games are highly competitive and it's every player for themselves, but in some of these types of games, the situation is a bit more complicated. In this article, I want to look at race games where positive player interaction is a thing.

The article is inspired by a recent game of Oath. Technically speaking, Oath is a race game. The first player to start their turn while fulfilling their specific winning condition is the victor and the game ends. There is no finishing of the round and there is no scoring. You either win or you lose - it's as simple as that.

However, if you have played Oath, then you will know that it's not actually that simple. First of all, the Chancellor doesn't really run a race as such, except maybe a race of endurance. They only win if they fulfil their victory condition and roll a certain dice result after round 5 of the possible 8 or if they fulfil their victory condition at the end of round 8. Their aim is more about surviving until the end than being the first to win.

For the other players in the game, as long as they remain Exiles, it's definitely a race. At some point, it will be clear to all players when a certain Exile will win at the beginning of their next turn. In traditional race games, there would be nothing the other players could do about that, but in Oath, this is where everyone will have to work together to stop that player from winning. There is no point working towards your own winning condition, because the game will not come back round to you to take the victory. If you don't stop that other player, then the game is over and you lose.

It's really black and white and everyone will work together and chip in, if there is anything they can do. At the same time though, this is also the moment when players will still look at what happens after the other player's victory has been thwarted. After all, if everyone is successfully working together, the game will continue and now someone else might be in a position to win. So it will be prudent not to give someone too much help or they will win the game instead. It's an uneasy truce, where everyone will still look at how they can fulfil their victory conditions while also working together to keep the game going.

Oath goes a bit further though. When it is clear that a specific player could stop the victor from winning all by themselves, the other players are incentivised to focus purely on their own victory. Suddenly, there is no working together, no sharing of resources or other teamwork. Everyone is still trying to win for themselves, forcing the player who can thwart victory and the end of the game to make a tough decision: go it alone and most likely fall behind and have much less of a chance of winning the game or do nothing and let the player who has fulfilled their victory condition win on their turn and thereby end the game.

That's quite unique in Oath or at least I haven't seen it in other games. You do need to think about whether you're selfish or a team player, at least while it's necessary to keep the game going. If you're ever forced to stop someone's victory all on your own, then you need to consider what you're left with afterwards and if you're still in a good position to win the game. You also need to look at what position other players will be in and if they're likely to take victory before the game comes back round to you. It's a wonderful mechanism that's not obvious, but that develops as the meta of the game.

Even though it's not a race game, Rising Sun also has these uneasy alliances, where people will work together and try and help each other, while making sure they can still take the win at the end of the game or they decide to backstab each other halfway through their alliance, after which they will probably be shunned by everyone else around the table for the rest of the game. Timing is important here, of course, but it's the clearly defined mechanism of alliances in Rising Sun that makes this game so fascinating for me.

Splendor is also a race game. Players are trying to get 15 points. It's not a pure race game though, because reaching 15 points doesn't end the game immediately. Players still finish the round and it's the player with the most points who wins. So it is possible to be the first to reach 15 points, but another player can overtake you and win the game with 16 points, for example.

Splendor, when played with the Stronghold expansion, also introduces an element of player interaction, where players can decide to block a card that another player is working towards. It's never quite clear what card someone is working towards though and often there are several options, so blocking other players isn't always effective.

However, what is nice about the expansion is that you can try and bluff. If you put one of your stronghold towers on a card, it indicates to the other players that you're interested in that card. They may decide to bump your tower off that card and maybe even place one of theirs on it. It occupies their turns with that card, so when you're actually after a completely different card, you may be successful in distracting the other players and getting the card you actually wanted.

That's why I always play Splendor with the Stronghold expansion when I play with friends. It's nowhere near as interesting a mechanism as the winning condition in Oath is that forces players to work together, or not, but the Strongholds still create an additional level of strategic thinking that I enjoy.

I wonder if you have played race games that aren't purely about focussing on your own victory, but that have some interesting player interaction mechanisms or that develop a certain meta in your games group. I'd love to hear what race games these are and what it is about them that makes them so interesting to you. Please share your thoughts in the comments below.

"Werhle" is the new "Worker Placement."

I like your writing Oliver, but this is by far the most inside-baseball article you've written. This definition of "race" could apply to darn near 80% of all mainstream games.

DarthJoJo replied the topic: #329074 28 Dec 2021 11:17
I’ve often found that the challenge in racing games is keeping players in last place engaged. Formula Dé was particularly bad for this because it could become pretty clear halfway through the game that you had no chance of winning if the leaders did nothing dramatically stupid.

The best race games can mitigate this. Formula Dé is best played for a season where every position matters. The nature of the starting decks in Flamme Rouge means every finish should look close even if the veteran players are at a real advantage. Catan dangles the possibility of points on development cards and obscures who the leader truly is.

dysjunct replied the topic: #329079 28 Dec 2021 14:38
Playing a race season usually makes games much more interesting. Getting some points instead of no points could make the difference at the end of a 5- or 10-race series. In Flamme Rouge, you only get to discard half your fatigue at the end of each race, so it’s even more critical to manage your laggards — slipstreaming behind the second-to-last guy is much better than being the second-to-last guy and starting the next race completely wasted.

@Sagrilarus - Yes, Oath is by Cole Wehrle from Leder Games. Full title: Oath: Chronicles of Empire and Exile. It's... well.. hard to describe. It's definitely not a worker placement game. You're right though, a lot of games are race games. It's all right if this article wasn't for you. Hopefully, other articles will be more for you.

Sagrilarus replied the topic: #329652 11 Jan 2022 11:59
I was just listening to The Thoughtful Gamer in an episode about BattleTech and the host just buried himself in technobabble that no normal human would understand. I laughed out loud, because he had just said he was going to try to keep it in non-gamer terms.

I appreciate that this is a gaming site for intelligent gamers and that new readers are going to have to come up to speed on much of the lingo. But calling any game where the first person to exceed a threshold of some sort a "race" game is really going to throw people off the trail. I don't know what else to call it and I don't even know if there is a need to put a label on it, because the breadth of games that would fall into this category would be so huge as to not have very much in common. Settlers of Catan and Formula D would both fit. Any game where something else doesn't finish the run would be in the mix.

I'd love to hear your opinions on "true race games" (how's that for violating my own rules) where the basic concept of getting from one location to another the fastest is clearly, non-metaphorically, the basic goal of the game. That's actually a pretty big pile of titles, and there certainly has been some innovation in that group. Your writing here is often foundational, taking a part of the hobby, defining it and speaking to examples of how it works. Your articles serve as ambassadors to the less experienced readers. Perhaps this time you just set the breadth of the discussion too broadly for my personal taste.

I appreciate that "techno-babble" isn't for new people in our hobby, but clearly There Will Be Games felt it appropriate to publish my article, so it seems to fit their requirements and seems to be the right sort of article for the site's visitors.

The articles from me that appear on There Will Be Games were first published on my own blog, before I submit them here. Ultimately, it's up to the editors of There Will Be Games to decide which articles they want to publish on the site and I would never feel hard done by if some of my articles never appear here.

Thank you for your suggestion of another article, but I don't quite have enough experience of "true race games", as you call them. Maybe another writer feels it's something they want to write about and I'll also bear it in mind for when I have played enough racing games to talk about this topic.
Read More...