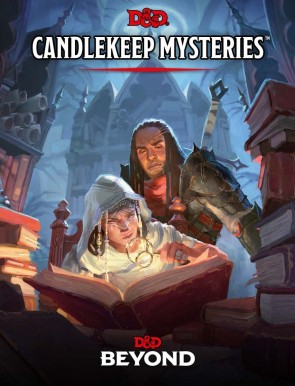 Seven years into the release schedule of 5th edition Dungeons & Dragons we have Candlekeep Mysteries, a deliberate departure from all that has gone before. In place of the familiar long campaign book here are seventeen shorter adventures. Instead of epic battles and trap-filled tombs, there are puzzles and trickery to uncover. Rather than the familiar western fantasy tropes and cultural blindness, there’s an attempt at genuine diversity.

All the scenarios share the same framing device of starting with a book from the famed library of Candlekeep. Indeed the first section of the book details the library, its layout, lore and those that live there. This is the only relationship the adventures share. Even though they cover levels one to sixteen it is not possible, at least not without a lot of work on the part of the DM, to run these as a campaign.

However, keeping the loose coupling allows the book to include material from a wide roster of different authors. This is Candlekeep Mysteries' greatest strength. By drawing on such a varied talent pool, the book covers an extraordinary range of different styles and content. Alongside a couple of more typical dungeons, there are puzzles and murder mysteries, event-driven adventures and infectious curses.

This willingness to experiment extends beyond style and into very welcome areas of representation. The fact it contains a wheelchair accessible dungeon The Canopic Being is well trailered. Less so is the inclusion of a martial arts adventure, The Book of Inner Alchemy, by Daniel Kwan, who’s been a vocal critic of racist content in the game. Some scenarios also allow players to explore issues of diversity for themselves, such as the masterful mystery The Price of Beauty, which revolves around body image.

These steps forward unfortunately also include a small step back. The author of Book of Cylinders has been on social media to let buyers know that his work was changed extensively. A detailed cultural description of the frog-people the Grippli has been shaved away and replaced with the unfortunate word “primitive”. It’s up to the enlightened players to save these poor benighted primordials who aren’t capable of doing it themselves. 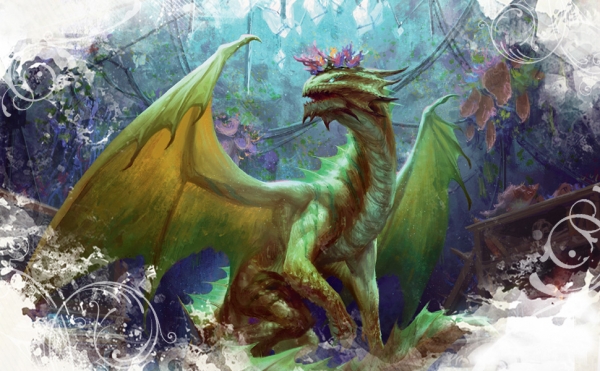 As you might expect from such a varied collection, the quality also varies between adventures. There are more hits than misses, though, and even in the more lacklustre material, the change of pace and tone from typical Dungeons & Dragons is very welcome. It increases the utility of all of the adventures, inviting Dungeon Masters to drop them into an ongoing campaign to serve as something novel and refreshing.

How much of a problem this represents varies between adventures. Some simply start with the players finding a book, and there’s no major difference between them finding it in Candlekeep or on the bookshelves of a mad lich at the bottom of a dungeon. Others, however, are tied very strongly to Candlekeep itself. For example, the otherwise excellent Shemshime’s Bedtime Rhyme is set in a specific cellar lit by fireflies where the players are quarantined with Candlekeep sages and scholars.

Other notable adventures besides the ones already mentioned include the sleuthing in Sarah of Yellowcrest Manor and the super spooky A Deep And Creeping Darkness. Groups who enjoy a bit of whimsy will get a real kick out of Kandlekeep Dekonstruktion though others may find the zaniness problematic. There’s a general bulge of quality around the mid-level content from 4th to 10th level, which should suit most groups well.

Production-wise, it’s up to the same high standards we’ve come to expect. There are lots of great art and detailed maps, bringing the imaginative contents alive. It’s to be applauded for taking a different direction from other Dungeons & Dragons hardbacks so far, and for making an effort to address concerns about representation in the game.

But the price for so much diverse content is flexibility. You may not be able to use much of the book and what you do want will need work to fit into your campaign. Personally, I find this kind of reconfiguration to make pieces of adventures fit together one of the greatest joys of being a Dungeon Master. If you feel the same, there’s a lot of joy to be had in Candlekeep Mysteries.

March 29, 2021
Rating
4.0
Candlekeep Mysteries
A very varied and imaginative collection of unusual adventures, but they will need work to transplant into an ongoing campaign.
MT
Matt Thrower #1 Reviewer 286 reviews