Spartacus: A Game Of Blood And Treachery 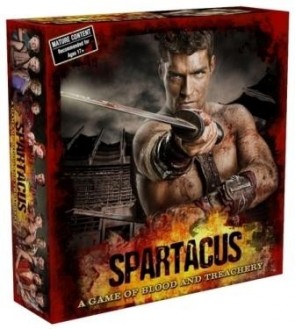 In the world of the gladiator a man's fame and glory constructs its own truth. Step into the arena and prepare to fight in Spartacus: A Game of Blood and Treachery! Combining the excitement of the hit Starz television series with compelling gameplay, Spartacus: A Game of Blood and Treachery thrusts players into the vicious physical and political arena of gladiatorial combat. Bid against your opponents in the open market to acquire the best, new prospects, then pit your champion against your enemy's and wager on the results. Or, if betrayal and treachery is your weapon of choice, undermine your rivals with devious plots & schemes.