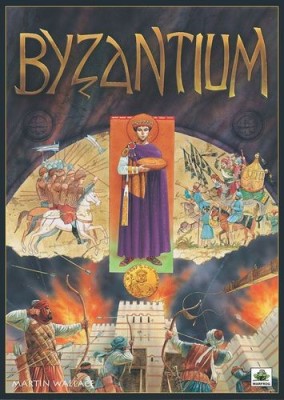 The Byzantine Empire is all that remains of what once was the mighty Roman empire. She herself has only just survived a mighty war against Persia.

Both empires now lay exhausted from their long years of struggle. Meanwhile, further south in the deserts of Arabia, the prophet Mohammed has given new meaning to an old religion and sets the peoples of that land on a course of action which will echo down the ages.

Under the leadership of a succession of caliphs the Islamic arabs are about to descend on the prostrate bodies of the Persian and Byzantine empires.

Rating
0.5
Already have an account? Log in now or Create an account
YMMV
January 17, 2020
Rating
0.5
The setting could make for a terrific narrative. Sadly I could not find it, the only thing I saw were hundreds of tiny cubes.
N
Nodens Top 50 Reviewer 31 reviews
Comments (0) | Was this review helpful to you? 0 0
Discuss this article
Log in to comment
Posts in discussion: Byzantium