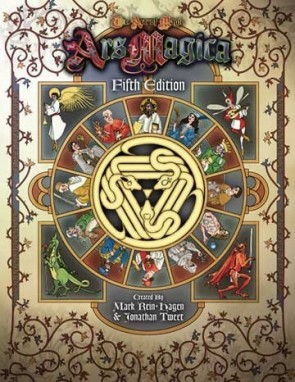 Ars Magica ("The Art of Magic") is the award-winning roleplaying game that focuses on wizards who are as powerful as the ones we know from legend and literature, and the land of Mythic Europe, where those legends are real.

The rules encourage players to develop their characters over long periods of time, and make the covenant, the home base of the characters, as central to the stories as any individual character. Troupe-style roleplaying allows players to take on the roles of different characters in different stories, so that the players have equal access to power even though the characters do not. This new edition is rewritten to improve the rules for existing players, and to be more attractive and accessible to new audiences.

Prophecy
3.5
H HiveGod
"I like the general feel of this fantasy world, as..."