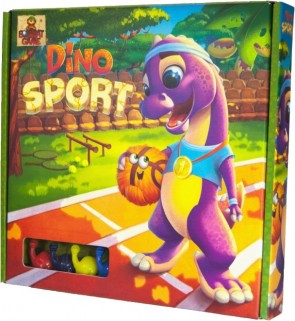 Welcome to Dino Island, where the most spectacular competitions take place — dinosaurs running! The best athletes will meet on the treadmill to compete and win the title of champion.

A race game for the whole family, where the player whose dinosaur first got to the finish line wins. Competitors will need not only luck, but also ingenuity to overcome obstacles - rivers, stone screes, bushes and barriers. The game has three levels of rules:

Features of the game "DINO Sport":