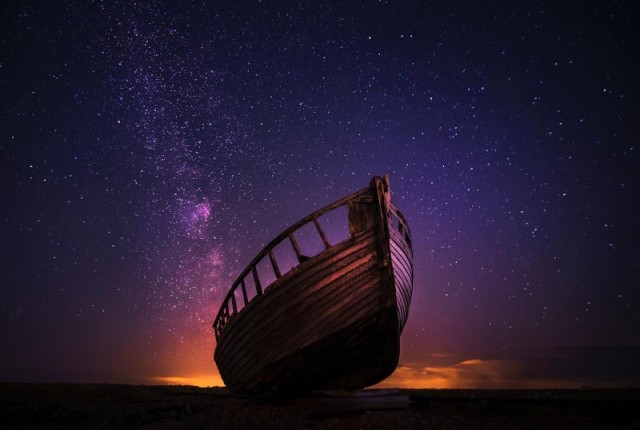 Flashback Friday - A Game of Thrones 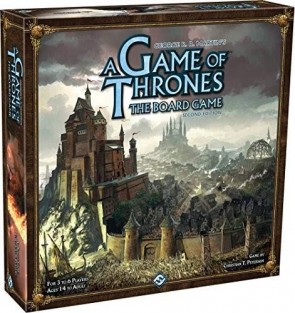 A Game of Thrones: The Board Game, based on the best-selling novel series A Song of Ice and Fire by George R. R. Martin, was released by Fantasy Flight Games in 2003. It was considered ground-breaking for its combination of Euro and Amertrash mechanics, winning 3 Origin Awards in 2004 - Best Traditional Board Game, Best Board Game, and Best Board Game Design.

The Game of Thrones TV series premiered in 2011, as did a revised 2nd edition of A Game of Thrones: The Board Game. This edition incorporated elements from previous expansions, as well as adding some new things and tweaking various aspects of the game that were considered to be problematic.

Clearly the success of the TV series has buoyed the sales of of A Game of Thrones: The Board Game. The second edition has had 3 expansions over the past 8 years - A Dance with Dragons, A Feast for Crows, and  Mother of Dragons.

So people are buying it, but who is playing it? Are you? And was the second edition a significant improvement over the first?

What do you think?

Discuss this article
Log in to comment
Posts in discussion: Flashback Friday - A Game of Thrones - Love It or Hate It? Do You Still Play It?

charlest replied the topic: #297587 24 May 2019 09:11
I've only played the second edition. Many full 6 player games that lasted 4ish hours. It was a great deal of fun but I'm not sure I'd ever do that again. TI4 is a better payout for time investment I believe.

I do want to try the newer expansions that convert it into a proper 4 player game.

It's a pretty good game. I'd certainly rather play it than diplomacy, but there are other probably better contenders for that crown too.

Shellhead replied the topic: #297614 24 May 2019 14:10
Same here, Wade. I would rather play Battle for Rokugan. It cuts out some of the complexity of A Game of Thrones and gets right to the action. That said, I think that A Game of Thrones holds up as a decent game. AGoT is an innovative design that occupies an interesting middle ground between Ameritrash, euro, and wargame elements. But it doesn't hit the table often because the gameplay runs a bit long without offering up enough fun to fill that time. A bigger problem is that the game focuses on a secondary element from the books/show, by focusing on armies and resources. The Iron Throne does a better job of capturing the feel of the setting because it focuses on the capabilities and relationships of the main characters. I'm not a big fan of the Great Man theory of history, but I think it is a great way to interpret a fictional history.

ubarose replied the topic: #297617 24 May 2019 15:13
Honestly, I don't know anyone who plays, or even likes this game. My theory is that sales have been primarily generated by fans of the TV show who have no idea what the game is like. The Amazon reviews are pretty funny. About half of them are like, "WTF, it took me longer to read the rules than to read the book" and "We sent 4 hours trying to set this game up before we just gave up."

Josh Look replied the topic: #297618 24 May 2019 15:16
I haven’t played it in forever, but 1st edition was in heavy rotation for me years ago. It’s a really clean design, especially for FFG and the era it came out in. It’s also really brutal, personal and unforgiving. I haven’t been interested in it for a long time for those reasons. For the amount of time it takes I might as well play TI4.

1st edition was way more flexible if you had the expansions. You could easily get a good game with anywhere from 4-6 players. Second edition felt like a huge step backwards, you really needed the full 6 to make it work. Plus the warping on those early copies was inexcusable.

Feast of Crows is actually pretty good. It turns it into a shorter 4 player game with hidden objectives which nullifies the whack the leader, get the other guys problem that the main game sort of devolves into.

Dance of Dragons is just new starting positions and a bit crap really. Not played the new final expansion.

I like the order tokens system, and the fluff around the edges with character cards and competing for the iron chair and the chicken etc are sort of fun but it boils down to telling people to attack someone else. A lot of games do this kind of thing, but games like Dune or TI give you more material to wager with. Here it is just board position and do you like/trust me.

I think as a Game of Thrones themed game it sort of works. It does bring out the wargame aspecs of the books/tv series, but the real substance of Game of Thrones was really its characters which in this game are just picture cards. In a sense the theme did sort of play out if the players brought their own preexisting personal relationships and background to the table. In the TV show no one should trust Walder Frey, at the table no one should trust Mark, etc.

RobertB replied the topic: #297651 24 May 2019 22:45
Have the 1st edition plus the expansion, and I'm trying to trade it away. Not because I don't like it, because I played it a few times when it was new, and really liked it. But just like a lot of people are saying, it's kind of long and hard to get it on the table.

As far as gameplay, it felt pretty Diplomacy flavored, with that LIFO stack thing going on that would always mess with you. I won once (and only once) by stabbing a friend for the 7th stronghold, and he wouldn't stop bitching about that for a year.

southernman replied the topic: #297656 25 May 2019 04:59
Still got it but it doesn't get played much in base mode due to me not having a group big enough to get 5 or 6 to play it. This changed a couple of years back when I got the Feast for Crows expansion that makes a quick 4-player VP-based game (similar to Nexus Ops), but now the Mother of Dragons expansion is here (and on my shelf) I hope to get the full game played now with the new vassall mechanic hopefully balancing the game with lower player counts ... plus there be dragons. Only problem is the small tables and rooms we have in the UK.
Read More...