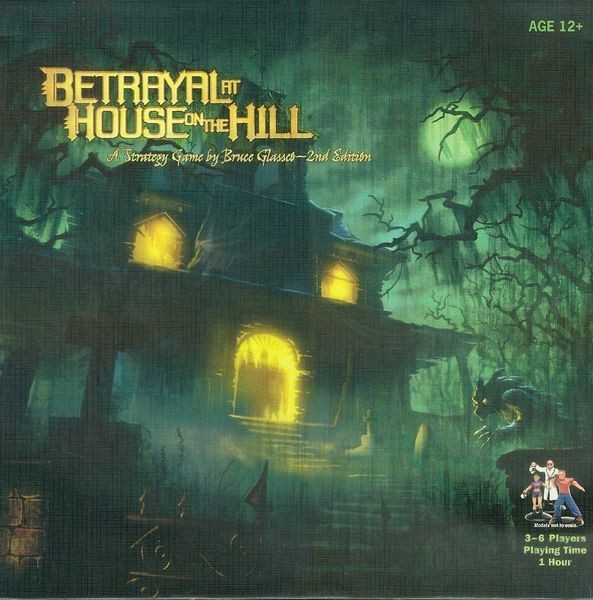 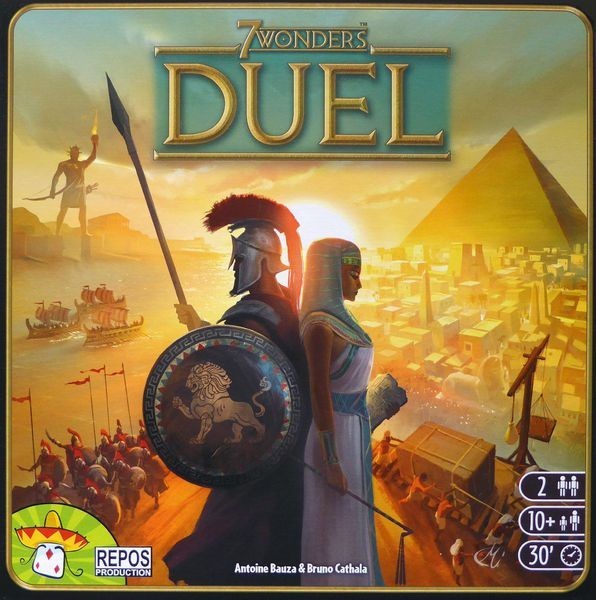 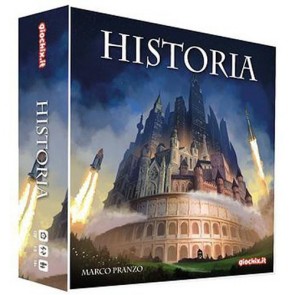 The vast history of the human race told in a mediocre game.

Well, I meant to post this last week but the game is so unremarkable that it slipped my mind. It's the official write-up on Historia, which I head-to-headed with my mohawked writer Byron Campbell at The Review Corner. Byron liked it slightly more than I did, and in retrospect I think I went half a star too high on my stupid rating scale that I have no one to blame for but myself. This game is definitely an underperformer. It has some good concepts, and I actually like the minimalist approach to civilization game design. But it just doesn't compare to Innovation, which is the far better game in this space. The multiplayer game is a total drag, the solo game basically replaces live human players with a deck of cards that pretty much do the same things as human players. This is a game that has decent mechanics, works, but it's also soullessly machinistic. Sorry, but being the vaguely "Asian" civilization and having a Bruce Lee card does not make me feel like I am guiding these people to historical glory. I had high hopes for this one, I thought it might be an under-the-radar sleeper but it turns out that it has a low profile because it isn't much better than mediocre.

But what is NOT mediocre is my current love/obsession, Conflict of Heroes. I got in the Firefight Generator, and just like with the Solo expansion, it's blown me away. It's pretty expensive for what it is (basically a couple of decks of cards and some counters) but what it does impacts the system profoundly. Both players sort of procedurally generate a scenario by playing a couple of cards that denote which units you will use, objectives, specific situations or conditions, and events that might happen during the game. It takes just a couple of minutes and you've literally created an on-the-fly game without having to count up unit points or anything like that. It's brilliant. It also completely works with the Solo expansion, with a neat twist. You play both side's generator cards, but you don't know which side you are going to play- that's decided by a die roll before the game actually starts. So each game, MP or solo, is like a one-of-a-kind experience. Totally love this, and it really shows how versatile and malleable this system is.

I should be getting the new Guadalcanal game in the series next week, which I'm very excited for- not many games go for the Pacific ground theater. I will probably also get the new edition of Storms of Steel. The only thing is the Firefight Generator doesn't have cards for all of this stuff, they are only for Awakening the Bear.

But a word of warning. The  Solo game is actually quite a bit more complex than the base game. The AI cards require some loop-de-loop logic to sort out ("The NEAREST unit to cover FURTHEST from the LOWEST DM unit that just acted"), but when you work it out I think it is the most sophisticated AI system I've ever seen in a game. It's truly reactive but also unpredictable- just like people. It'll make a bonehead move from time to time, but it's sometimes shocking how it feels like this deck of cards has your number and is just hammering on a weak point or driving hard to an objective.

The thing is, I actually think the way activation works in the solo game is superior in every way to how it works with the regular ATB rules.  Instead of activating one unit and then spending points on it (along with potential group actions and command actions), you choose a unit to act and then based on how many APs it spends, you flip a card and it tells you if it exhausts or not. So obviously, the more points you spend, the higher the likelihood that you're going to flip. So you can have a unit unexpectedly peter out early in the turn, and then you've got to activate it with command points until the next round if you want to use it.

I really love Heroes of Normandie, but I think this is the better game overall even though it has a certain stodginess about it.

Lots more Apex Theropod, it kind of bombed with a couple of friends Sunday night. I'm not crazy about the elimination rules and so forth that are sort of stitched in so the rules/process makes sense for more than one player. It's a messy game, not only is it a Kickstarter it is a SECOND EDITION Kickstarter which is a whole different thing. There are some things about that I just love, and some things that I think are ruthlessly irritating. Solo, it's a pretty good challenge and I like the tension of the boss fights- I've won a couple of "easy" games, but "moderate" games are still beating me to a pulp. Last night's game I just got completely crushed. The game was just dumping Affliction cards in my deck. By the sixth turn, there was just no hope when I drew a hand that was four wounds out six cards. I wound up getting four of the expansion decks, and I think if you like this game you pretty much have to have them. They add new evolve cards, new afflictions, new environments...this is all stuff that falls into that usual "needs more cards" bucket that comes with deckbuilders. But I don't know if this is going to  be a long term keeper, it's still a little too squirrely and sloppy.

Silver Tower should be here soon, and I found a dirt cheap copy of Assassinorium: Execution Force so I'm looking forward to those. I've traded my way into a 2nd edition Descent so I can try it out with the new app, and I also swapped out some things for three of the big expansions. So lots of dungeon crawling coming my way. Should be looking at 51st State master in a couple of weeks and also the new Imperial Assault stuff. And hopefully- Gene Billingsley willing- I will have review copies of Falling Sky and Cuba Libre soon.

However, the Review Corner picture...did MM request that you stand in front of a shelf of games? Is that some sort of requirement that all video/visual reviewers have to do? I mean we know we're in for a board game review here. Bring back the dice chuckin' or finger pointin' photo.

I'm crawling out to Sandy Springs early Saturday to get Silver Tower, then will try to set a new assembly record as we have a group coming over at 3:30. Because I'd probably buy Warhammer Quest Sorry: The Gobbo's Lament.

Josh Look replied the topic: #227864 20 May 2016 13:20
I'm still enjoying Apex quite a bit. Just played this morning with the Utahraptors. Managed to take down the boss on the very last turn. Really fun. Still haven't played it with other players, but if I do it will be with the 1st edition rules (which are still doable with 2nd).
Read More...