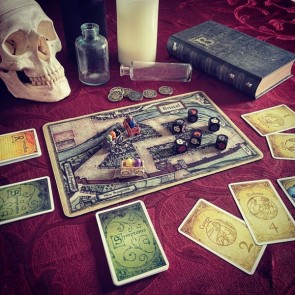 The cart was packed to bursting point. Shoulder to shoulder, elbow to elbow, like cattle we squirmed as we made our desperate pilgrimage through the rickety switchbacks of the doomed metropolis.

A sour scent of sweat and desperation mingled with the sickly-sweet rot of apples underfoot as we eyed one another warily for the tell-tale signs of infection. In that moment, the Chandler perched at the rear stifled a cough and we turned as one to count the drops of fever sweat that had formed to dapple her brow.

The scuffle that ensued was all hoarse oaths and panicked limbs as she was shunted with malice over the lip of the vessel to lie broken on the cobblestones receding in our wake. We avoided eye contact then, each sublimated in a sea of our own shame.

Adjusting my cowl, I wrenched tighter my rags to conceal the bubonic swell that was even now pulsing ‘neath the crook of my arm- holding my breath as I mouthed a silent prayer.

Bristol was among the first cities in England to be affected by the Black Plague. It is believed that the first deaths occurred during the Feast of the Assumption on 15 August, 1348. Spurred on by cramped and unsanitary conditions it soon raged to a degree that the living were scarcely able to bury the dead. Swathes of the populace succumbed, whilst many that remained took desperate flight, their conscience unsullied by the ends to which they stooped in their exodus.

So, the perfect theme for a party game then.

If you’re a goth.

In Bristol 1350 by Façade Games, 1-9 players will embody the flighty boots of citizens desperate to escape the plague ravaged streets for the promise of the countryside’s proximal vapours before they succumb to the relentless waves of pestilence afflicting the city.

From Knight to Serf, Friar to Countess – the plague does not discriminate, and each have hitched a ride on one of three apple carts departing the town via a circuitous route to hope and safety. But – no beast of legend, the plague is an invisible assailant, and so suspicion abounds as players jostle for position, ply crackpot remedial salves and succumb to the brutality of desperation. Their aim is to be amongst the first to flee the accursed town, but even then can they truly be sure that all among their number remain untainted? 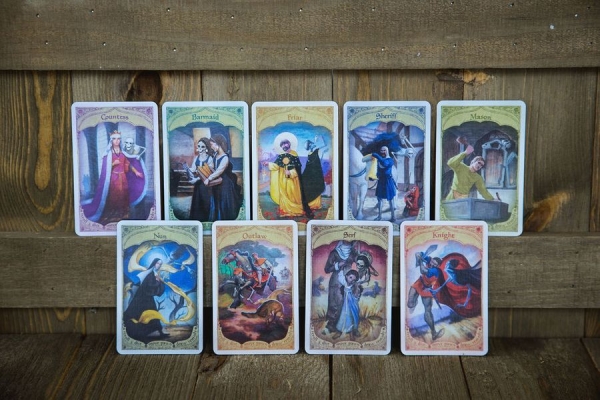 The fourth game in the Dark Cities series – Bristol follows Salem, Deadwood and Tortuga in embodying a ‘Horrible Histories’ style take on some of the darkest chapters of our collective civilisation. Mechanically slight but brilliantly tuned, it offers a refined twist on the social deduction genre that is a perfect hair-shirt fit for its theme, as eyes dart manically to-and-fro across the table, accusations are spat and inglorious betrayals are enacted with a gruesome relish. 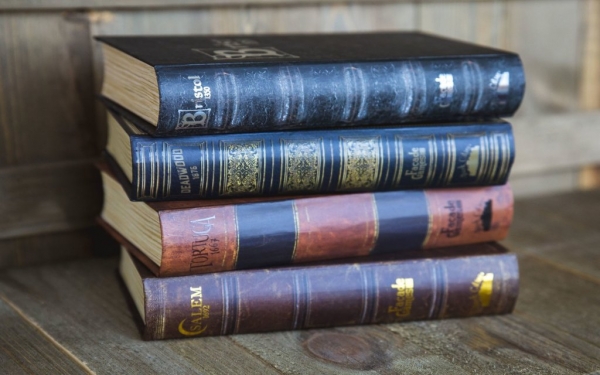 At the outset of the game, three apple carts house up to three pilgrims apiece, each of whom are harbouring a set of symptoms that at any moment could blossom into the full throes of infection. A handful of dice are rolled, both to propel the carts onwards and to determine the spread of infection. Apple sided dice speed your cartwheels, whilst the curled fur rat-faced sides induce the dreaded ‘mingle’.

Each symptom card houses a number signifying the severity of its manifestation, from the relatively benign headache to the full-blown horror of bubonic pustules. Carts forced to mingle will see each of their occupants pooling their symptoms into a central deck to be shuffled and returned at random, where now all of a sudden your cough has become accompanied by a fever and you know you are not long for this world. 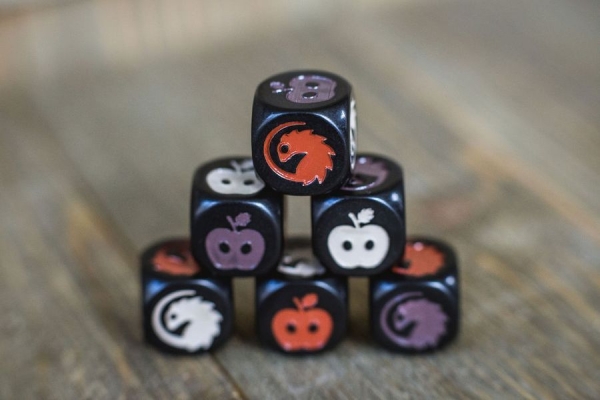 To counteract this potential end and to ensure your passage to safety is hastened, as their turn tilts by, players can either re-roll two of the dice, draw or play a remedy card, or attempt to better their position amidst the rabble inhabiting the carts themselves- by flattery or force.

Remedies range from crushed emerald, to arsenic, to that perennial curative favourite-leeches. Each of them – if tactically deployed – can mean the difference between a dotage spent lounging beneath the lazy arc of a windmill, or the premature penance of a wheezing, grasping death.

So you have your pomanders and powders- but you’re certain that one amongst you harbours the curse. Should you be able to jostle your way to the front of the cart you can make a mad dash for it, scrabbling desperately to the rear of the cart in front of you, unless of course the inhabitants of that cart are in possession of a whip. In that case you’ll return bowed and flayed to your prior predicament, chastened by the casual cruelty that pragmatism instils in us all.

You’re certain it’s the Mason though. He hacks into his sleeve incessantly- how long until his affliction sunders your lungs? A simple shove would sort it out. A moments distraction, a collective barge, and he would topple, splayed onto the streets to join a lesser cart or be abandoned shrieking to his fate.

May God forgive you. 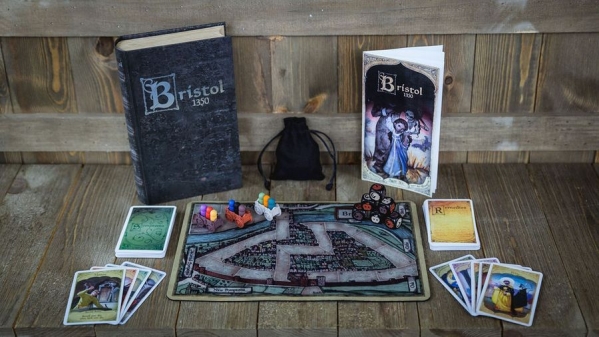 Further options are enabled by each character’s player power which may gift them the ability to lock certain dice in place, draw additional remedies or add more perilous symptoms to the lot of other carts. Those in possession of the deluxe edition of the game also received a cloth bag filled with six copper alms- one of which houses a cure, one a plague, and the remainder red herrings to sow suspicion as their recipient doles them out to the other players, splintering alliances and casting aspersions with every gilded handful.

With this scant selection of rules the bones of the experience are laid out, but its in the player interaction that the experience is animated. My groups tend to be full of unrepentantly theatrical luvvie-darlings so the relish with which we embraced this title was total. J’accuse! The potential for perfidy is set to eleven. The scheming, the fragile alliances, the corner mouth creases in every poker face- it’s delicious. The beautiful presentation, lithe footprint and cunning faux-hardback box are simply the icing on a particularly sinister cake.

I’m not generally enamoured of ‘party games’ or social deduction as a primary mechanic, however-with its actual (relative) strategic depth and perfect embrace of theme, Bristol 1350 has quickly become a favourite that gathers no dust between sessions. Highly group dependent, and deeply enhanced by higher player counts, the essence of this offering is engaging on a level that similar titles routinely fail to vault.

The fact that a game about the Black Death elicits as much joy and laughter as this thing routinely does probably speaks volumes about myself and my friends. 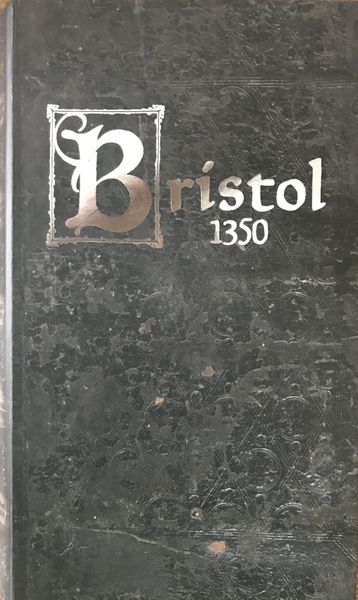 Shellhead replied the topic: #321158 24 Mar 2021 13:25
I love the visual design of all of Facade's games, and the price point is appealing. But before the pandemic, I only had one monthly group that would be interested in social deduction games, and the hosts had their first kid last year. So I'm going to wait and see if that group resurrects post-pandemic before getting anything from Facade.

It seems like you really enjoy it, why the 3.5 stars? Not your cup of tea in general or is something holding the game back?

Seems pretty fun, ill need to watch a video though to see it in action. I suspect this will pop up in ren faire campsites 'cross the land

Andi Lennon replied the topic: #321178 24 Mar 2021 17:09
Three point five is a good score! I absolutely hate the star rating system- reducing anything to such a binary delineation is reductive and I'm rubbish at it. I guess my thinking is a four stars is 'outstanding' and a five is a rare 'best in class' affair. But even then there's so many different factors to account for and so many different styles of games with different aims, investments and ambitions that I struggle to contract my impressions of them to a numerical shorthand. I've always found it absurd. Back in the day when certain magazines would award games a score out of 100? What's separating a 77 from a 73? is there some kind of weird algorithm going on? Madness.

Anyway, yeah I'm not a big party games/social deduction fan as I generally prefer something a bit more involved but this one is just a really good time! You can whip your friends. Who doesn't wanna do that?

Andi Lennon replied the topic: #321179 24 Mar 2021 17:10
Yeah there's a solo variant but I can't imagine it being that engaging. This is an engine powered by tension, bluff and schadenfreude. The whole packaging conceit is lovely though, it has me tempted to complete the set-especially if they're as well realised as this one.

Andi Lennon replied the topic: #321181 24 Mar 2021 17:21
Also- speaking of Renaissance Fairs, I have an acquaintance who swears they're basically a massive puffy-sleeved shag-fest, albeit one without showers :/

Andi Lennon wrote: Also- speaking of Renaissance Fairs, I have an acquaintance who swears they're basically a massive puffy-sleeved shag-fest, albeit one without showers :/

History was ALWAYS a shagfest until those puritans moved over here and ruined it for everyone.

At least according to all the HBO, Showtime, and Cinemax historical documentaries I've seen

"This is a pivotal episode where Marco Polo becomes accepted in the Mongol court so I'm thinking at least four tits, maybe five"