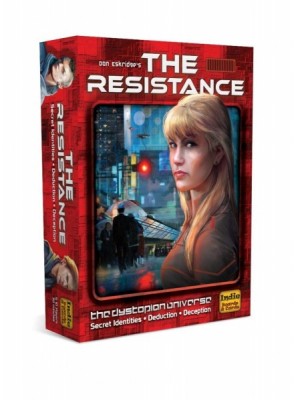 The Resistance is a very intense social deduction game for 5-10 players. Set in the near future, The Resistance pits a small group of resistance fighters against a powerful and corrupt government. The resistance has launched a series of bold and daring missions to bring the government to its knees. Unfortunately spies have infiltrated the resistance ranks, ready to sabotage the carefully crafted plans. Even a single spy can take down a resistance mission team, choose your teams carefully or forever lose your chance for freedom.