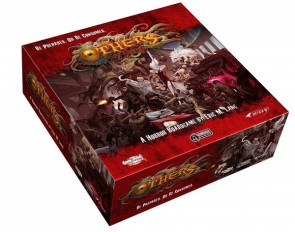 The fabric between worlds has been torn, and the physical embodiment of the seven deadly sins have been summoned to the Hell Club to bring about the apocalypse.

Yeah, it's been one of those days. In the others: 7 sins by Eric m. Lang, one player controls the sin threatening mankind, while the rest of the team joins forces as the heroes working to end their RAMPAGE. Every element of the story can be customized from which sin the players will face to how the map will look. In turns, the players will move around the map and do battle with the acolytes of evil while trying to accomplish a greater goal. Only teamwork will save the city from giving in to sin.

Perikles
4.0
J joseaguerof
"This is a great game for the odd numbered groups..."