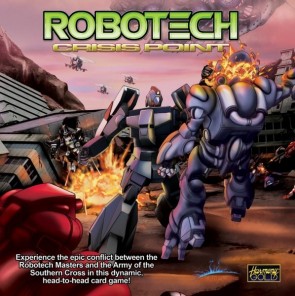 One player leads the plotting, scheming, desperate Robotech Masters, while the other player commands the valiant and determined Army of the Southern Cross. In this head-to-head card game, players are engaged in conflict for control of the Earth, each side pitting their varied infantry and mecha-based units against each other in an all-out war with only one victor. In addition to their mecha and weapons, players wield powerful command actions and amazing heroes to turn the tide of conflict and ensure victory. Strategy, tactics, area control, bluffing, and hand management all come into play in this dynamic and deep game of Alien vs Human in a battle of wits and courage. Will you save humanity or utterly destroy it?

7 Wonders
3.5
H HiveGod
"Though rife with shocking nudity and Masonic devilry, the game..."