Princess Bride: I Hate to Kill You 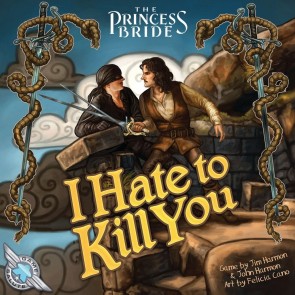 A quick, but crafty, dice and card game that recreates (and re-imagines) the sword duels from The Princess Bride.

Play as the Man in Black, Inigo Montoya, Count Rugen, or Prince Humperdinck.

Each player starts with six dice and ten cards. Each turn, both players roll their dice, then play a card which may modify the outcome. Some cards modify their own dice, some modify the opponent's dice, and others return dice to the active pool. The player with the highest total of Swords scores a hit and must remove a die (showing a sword) from their active pool. As the tension builds, and players lose more dice and more cards, the first player to score five hits wins the duel and the game.

The Princess Bride: I Hate to Kill You was funded on Kickstarter in 2015. 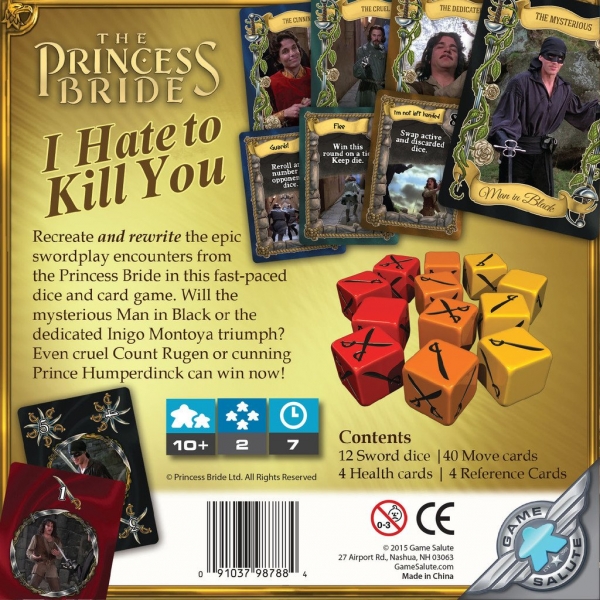 The fact it looks like a simple card and dice game that funded four YEARS ago kind of scared me.

jay718 replied the topic: #301149 27 Aug 2019 22:16
So my sister has this friend with six fingers on his right hand. When people see it they light up like Christmas and launch into the line from the movie without fail. He says it happens no less than 5 times a day, EVERY day.

Shellhead replied the topic: #301150 27 Aug 2019 23:23
They tried to get an older license, but Citizen Kane wasn't available. I'm getting concerned that game publishers think that the average age of boardgamers is north of 50.