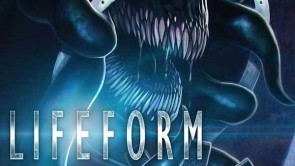 Lifeform is a sci-fi game of survival horror for up to 4 players who, as an unarmed mining crew, must survive and escape an utterly hostile alien

One player takes on the role of an almost invincible, utterly hostile alien, while all other players take on the roles of the crew of commercial mining starship, Valley Forge. During each game, the crew, outfitted with glitchy handheld sensors disrupted by a proximate nebula, search their labyrinthine vessel for equipment, weaponry, and supplies to load onboard escape shuttlecraft Remora. Along the way, the alien lifeform will ruthlessly attempt to stop the crew from carrying out this plan.