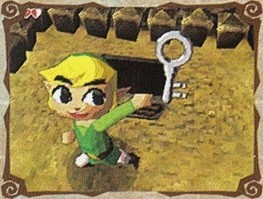 Ahh, the Christmas season. Irritating songs, endless social functions with co-workers, and a easy five pounds to round out that girlish figure. For a game blogger/writer, it’s also a time to start making lists. I already did one a couple weeks ago with my favorite games ever, which is an annual tradition I’ve done for four years now. In a couple of weeks I’ll have one with my top games released roughly in 2013.

The problem with a “best of 2013? list is that it isn’t altogether indicative of games that got me excited through the year. A lot of my favorite titles I played this year were released a while ago. So I thought I’d share some games that got me excited but won’t have a place on the “best of” list. These games all have one thing in common: I tried them for the first time sometime in 2013. You’ll notice that at least three of these games are bona fide classics that I only just got around to. I didn’t bother to rank these games, since I don’t know how I’d do it in the first place. But they’ve all left an impression, and I hope I get lots more chances to play them.

Dune
Faithful readers will recall that I have a minor obsession with Cosmic Encounter, the classic from Future Pastimes, the design team that would also give us Borderlands and Hoax. Dune is of course based on the Frank Herbert novel, and was originally published in 1978 by Avalon Hill. It’s now a little scarce, and I was only able to land a copy this year. I did have some experience with Rex, Fantasy Flight’s reimplementation that came out last year. It wasn’t bad, but it deseperately missed the original setting and I perceived some serious balance issues caused by the numerous tweaks to the design. You might disagree on the second point, but there’s no doubt that Dune is inextricably tied to its theme. For some reason, it actually seems cleaner and more straightforward, while still maintaining a fascinating balance between all its different factions. It’s not an easy game to set up, because it requires five or six and a good few hours to make it worth the trouble. Still, it was a highlight of 2013 for me, and I only got to it 35 years late.

Magic: the Gathering
I’ve written a couple of articles already about my experiences with Magic: The Gathering this year. It’s always funny to me how people respond when they learn that you started playing Magic. It’s not dissimilar to the reaction you get if you calmly announce that you think it’s time to try meth. Of course, there are a lot of ways to play Magic, and the second-mortgage-for-more-cards is a perfectly legitimate one. As for me, I’ve got my somewhat ramshackle league that meets once a month officially and might play some pick-up games on the side. It’s been a great way to get a feel for the deck-building without selling my soul to Wizards of the Coast. I’m not sure I could ever really commit the time and resources to play it to the exclusion of other games, but it’s been nothing but a joy to discover, and I’ll continue to enjoy it through the excellent Theros cycle.

Star Wars: The Queen’s Gambit
I only got to play this game once, but I came away totally gobsmacked. I almost couldn’t believe what I’d just played. Here was a game that distilled the extremely busy climax of Star Wars: Episode I into a 90-minute board game, and it handled four different threads with arguably more grace than the actual movie. I know that my enjoyment of the prequel trilogy will probably nullify my credibility on all things Star Wars, but it has to be experienced firsthand. And perhaps most remarkably, it does so with a surprisingly light touch. It doesn’t grind to a halt as you struggle to remember tiny exceptions. Instead it uses a highly efficient card system that gives the players tons of options while still allowing for a good dose of dramatic luck. This is one of those double-super-secret out-of-print games, and it regularly goes for well over $100 for used copies. It was good enough that I immediately began assessing what could go from my collection to make room for a copy. And those components, oh the components….hold on, I need to go price some used copies just to satisfy my yearning.

Archipelago
Archipelago is the only game on this list that is actually pretty recent, only hitting shelves last fall. It’s the Eurogame opus from Christophe Boelinger, designer of Dungeon Twister and the cult favorite Earth Reborn. On the surface, it seems to cover all of the bases of the genre. Islands to explore, workers  to place, goods to ship, and victory points to earn. But there are a couple of bizarre wrinkles to the game that makes it so compelling. First of all, the detailed ruleset is there not to provide rich strategy and a multitude of scoring opportunities, but rather to create a surprisingly detailed experience. While the terms “experience” and “Eurogame” don’t often belong together, this is one game that dares to use its complexity for theme instead of for strategy. Secondly, you can’t even be sure of how to score points. Each player is given a card with a game-ending condition and a way to score points, and that card stays hidden. Everyone has their own cards, and every card is in effect, so you only know one of the ways to score points. The result is a game that is strongly resists optimization and gives you space to do what you like. I haven’t yet played enough to give it a proper review, but my limited experience has been highly positive. Here’s my advice: it’s strange enough and complex enough that I’m not sure it has been a great seller. Don’t be surprised if it ends up being something of a rarity in five or ten years.

Ogre
In terms of reprints, nothing has matched the sheer audacity of the Designer’s Edition of Ogre. The Steve Jackson wargame carried the reprint to its logical extreme with an enormous box the size of a coffee table and piles and piles of tokens, boards, and cardboard tanks. But that’s not the version I played. I got the 1987 Deluxe Edition, with the mounted board and stand-up units, from a friend who upgraded to Ogre: Ludicrous Edition. The new version isn’t really meant for casual players at all, which is too bad because Ogre is the first wargame I’ve played that has actually set up residence in my brain. It’s a very light wargame, but a wargame nonetheless. One player is the titular Ogre, a massive robotic tank trying to destroy the command post of a swarming defense. It’s assymetry and myriad setup options means that it can be played in countless permutations, and its lean rules mean you can pick it up easily. I played with my wife and she actually enjoyed it quite a bit, probably mostly because she completely obliterated me with her Ogre. But I’ve found a surprising amount of mileage out of just setting up both sides and playing it solo. I spend a surprising amount of my time thinking about different setups and how best to go about blasting my enemy. Fortunately there is a pocket version that will hit stores next summer for a mere $2.95, so the game will return to its super-cheap roots.

I’ll probably think of another five games tonight after I post this article, but that’s the way it goes with these kinds of things. I enjoyed thinking about this list though, because new games aren’t really the tentpoles of the hobby for me. A big part is going back and discovering what has held up over a couple years, or in many cases 20 or 30. New fancy games are all well and good, and they get us into the hobby, but old stuff is what gives us roots and keeps us there.